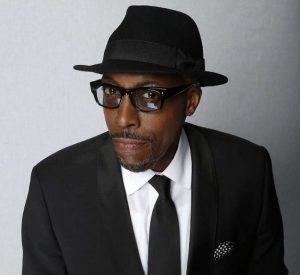 Reports from TMZ.com say that Arsenio Hall has recently revealed one of the greatest advantages of being a wealthy man. Arsenio says how being old and rich has allowed him to do whatever he wants to.

During a chat session with Tmz.com, Arsenio Hall says he loves being a comedian as his job freely permits him to go across the boundaries and crossed lines. He further explained why being rich allows him to do whatever he wants irrespective of people trying to take him down.

Given his success, it doesn’t matter much as to what others have to say because the money has already been generated. The comedy icon has no fear of losing his job offers, or TV programs, or any stand up venues because he’s already aware of his splendid bank account.

The rich comedian while speaking with the entertainment news outlet said that being a comedian has let him stretch boundaries which he couldn’t have done otherwise and everything is fine until there’s comedy in it. As the art of portraying reality humorously is the perfect recipe for a great comedy.

Arsenio was revealed how he was restrained to speak his mind and behave in norms during his initial days when he did not have much cash. But that isn’t the case anymore.

Arsenio has recently signed a new Netflix deal and declares that he feels free now.

Another person who might agree to Arsenio’s claims is Dace Chappelle who is the person behind the release of his latest standup comedy special on Netflix at the beginning of this year.

During his new comedy hour in Sticks and Stones, Dave has reportedly mocked about Jussie Smollett, the alleged hate-crime hoaxer as well as outrage culture. The performance was not at all acclaimed by the critics although the audience had loved it. Critics rated the show with 35% on Rotten Tomatoes while from the audience it received a whopping 99%.

Although few news journalists protested against the show and demanded it gets canceled on social media, at this point of the time nothing can hurt Dave Chappelle’s image.