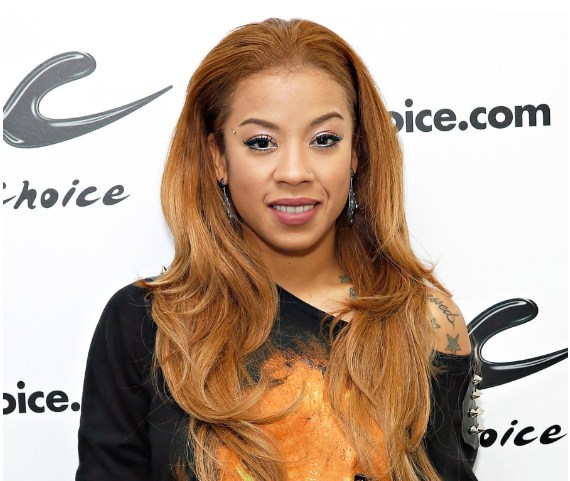 Though there was a rumor of bickering between the two lovers Keyshia Cole and Niko Khale in the air but it all vanished with some sassy comments from Keyshia Cole about her boyfriend’s video. The two love birds are doing greater than ever before. Keyshia Cole Leaves Very Raunchy Comment that makes the Fans Say They Will Have Baby Number 2 Soon.

They have taken the high road to keep everything revved up and exciting between the two. Recently the world could take a look at the pictures of their newborn baby and they seemed not to be weary at all in the beginning phase of parenthood.

The fans are trying to clear the clouds of doubts from their recent activities on social media. They have been seen passing jocular and raunchy comments to each other on social media recently making the fans confused. The fans thought there might be some bickering over a thing or two but after those comments from Keyshia, it is quite clear that things way soother than it shows on the surface. Still, they are keeping most of the things low key.

After posting a short clip of the two celebrities, Niko wrote in the comment box that his love of life, Keyshia looked good in that. New mother Keyshia responded to his comment with lots of love and passion that she would be waiting to get the chocolate in a very sexy note.

There have been some humorous exchanges between this pair but the recent comments can have more meaning than just mare jokes. The fans now are wondering if they are actually trying to bring their bedroom talks in public or it is just for fans’ attention.

Though nothing can be speculated right now but it will be a good talk if the famous couple comes forward to speak up about their true feelings. They are already in the spotlight with the new baby and their saucy comments. Their open talks in public via social media are creating a buzz that they are preparing for their second baby soon. An insider said that it is possible that they can give baby Tobias a sibling soon. Another user blessed them and their newborn with all the happiness as the family never thinks twice when it comes to shower love. They even posted a picture of their firstborn. A new phase has begun for the couple with their first child.