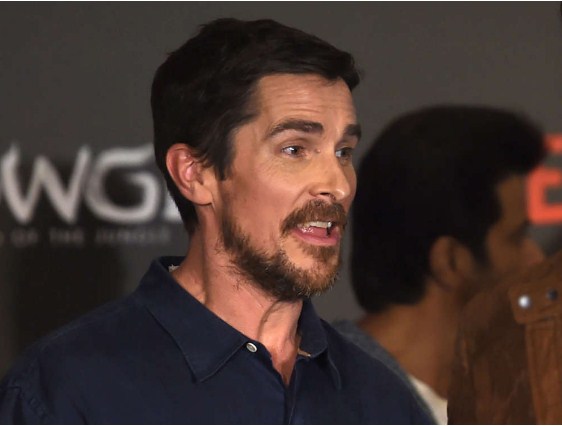 Reported released by People.com said that although bagging the attribute of one of the most popular and critically acclaimed character actors in all of Hollywood, Christian Bale took time to impress his in-laws, quite opposite of what fans might have assumed. In an interview with People Magazine where actor Matt Demon was also present, they led on a conversation about their favorite movies.

During the course of the interview, Christian Bale said that American Psycho, the most controversial movie of his career was the first one that his in-laws watched of him. The character portrayed by Christian Bale in American Psycho was a polished and fashionable upper-class New York man by the name of Patrick Bateman in the ’80s.

After his marriage to Sibi, his mother-in-law asked his wife if he had been a part of any popular movies. To the answer, Sibi mentioned American Psycho and borrowed a copy to watch the film.

During the interview itself, Christian Bale reveals that his grandmother-in-law’s first movie to watch of his was American Psycho  and Matt Demon was shocked and taken aback. Bale also said that his mother-in-law did not know what she is in for with the movie and obviously did not expect so many demented scenes to be in the movie.

Apparently, his wife and grandmother-in-law had to skip several parts of the movie that seemed inappropriate thinking that they might be just another stylish avant-garde storytelling and cinematography for the thematic establishment of the movie. Sadly, they skipped so much so that they managed to get through the entire movie within a matter of just 15 minutes.

Christian Bale wore the shoes of Patrick Bateman in this 2000 thriller who was a temperamental and mentally unstable New Yorker in the late twenties. However, when the movie first released, it was a box-office washout but over the years, the movie became one of the best cult-favorites of not just of Bale’s but of the collective fraternity of parallel cinema.

Going back to the anecdote, after the movie got over, Sibi’s grandmother did not have the most positive of opinions about Bale and questioned his acting abilities but wished him luck for his future endeavors. Bale’s career graph in the recent past has not been overly controversial as his previous ventures. He is currently soaring high with the box office success of his new release Ford v Ferrari.

Christian Bale said that he was proud of himself as an actor to have been a part of Ford v Ferrari since the industry is no longer keen on making such movies these days. He also said that an actor, this was the closest that he could have gotten to driving a race car without facing the implications of having to drive it in actuality. Damon said Ford v Ferrari was one of those movies that are better enjoyed in the surrounding sound of the theatre than in the cramped screen of one’s phone.