The forthcoming song ‘Heels’ by the promising singer JD has been drawing huge number of listeners owing to its foot-tapping beat. His song comes under the music genre of R&B and Soul music. Upcoming Croydon singer JD’s song ‘Heels’ has already impressed people with its out-of-the-box composition. The song has already become a must on party playlists across the globe. His songs have successfully arrested the attention of audiences across all age groups, especially youngsters. 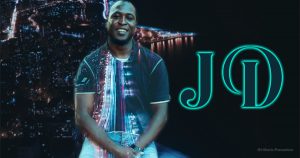 The extremely unique music genre of the song is itself enough to make the music-lovers yearn to listen to the song. R&B (Rhythm and Blues) music is characterised by sensual lyrics that are packed with amorous emotions. It is generally melodic and follows a steady beat. With R&B music, the focus is put more on the vocals than the lyrics. ‘Heels’ by Holly Samuel sufficiently reflects features of the same. Although this is the first musical composition, his expertise and knowledge regarding the technicalities of various music genres can very well be apprehended from the song. The song has received much acclamation among music enthusiasts ever since its release.

Interestingly, the song ‘Heels’ falls under the music genre of Soul music as well, which is a mixture of R&B as well as gospel music. Hence, a song composed of an amalgamation of so many music genres is bound to make the music-lovers croon and groove to its beat. The incorporation of instruments like electrical guitar and drums to craft its tune makes the song an ideal fit for happening parties. His songs are definitely a source of inspiration for other upcoming artists, owing to their unique experimentation in bringing together different genres. His thrilling compositions can be relished on Soundcloud, whereas information regarding his upcoming events can be gathered by following him on Facebook and Instagram.

Click the link & enjoy this RnB Song on soundcloud : https://soundcloud.com/sammy-465922167/jd-heels