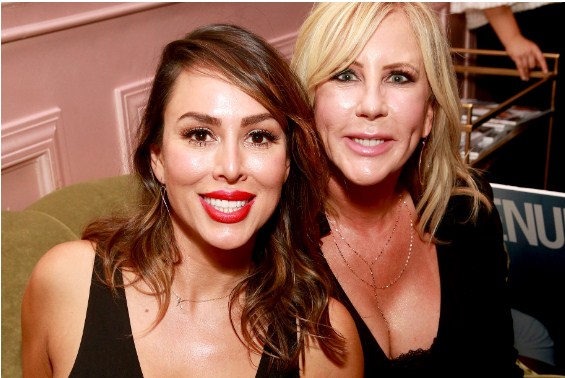 Vicki Gunvalson and Kelly Dodd have known to butt heads for a very long time but their recently friendly gesture has left their fans wide-mouthed.

Kelly Dodd and Vicki Gunvalson hug t the RHOC Reunion Taping Insider reveals- The enemies shocked everyone on set! The Real Housewives of Orange County stars have known to share tension in the last couple of seasons, which made their hug seem so shocking to all.

According to insider reports from Hollywood life, the RHOC reunion had tapped in a lot of drama and gossip, with Vicki and Kelly being the center of attention. Both of them were reportedly finger pointing and screaming at each other for the entire time but everything took a sharp turn when both of them were seen hugging each other at the end.

On which both of them said that since Kelly is in a happy phase with her fiancé Rick Leventhal, she chooses to see life differently.

The whole scenario makes it very clear that both these ladies have been hurt for a very long time and as Kelly is finally having a good time with the love of her life, she is ready to let go off all the bitterness between her and Vicki and hence took the first step towards friendship. Vicki took not time to reciprocate the same, and both of them shared a hug.

However, only time can say whether they are anywhere near making peace with each other or not as neither has much interest in the other person’s life.