Randy Noonan has proved his potential as a prolific musician with his new songs in the rock, alternative and indie genre. He has belted out impressive songs like ‘Colors Collide’ and ‘Sandy Shore Motel’. His songs create moments of bliss which have left an indelible impression on the minds of the listeners. The singer has got a lot of finesse which gives him an edge over contemporary musicians. The prolific singer owns a production house called ‘The Recording Den’ which has ultramodern facilities. He is very much into writing songs and as few of them are recorded by him. He is constantly on the lookout for new musicians who can create music with fresh fervour. In his songs, heavy electronics are used along with enchanting clap of the beat and brilliant acoustics. You can get plugged into popular streaming platforms like Soundcloud to listen to his exquisite songs. 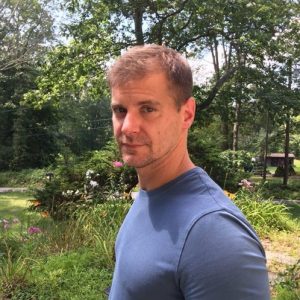 Randy Noonan has dished out the superlative songs like ‘Colors Collide’ and ‘Sandy Shore Motel’ which is got a splendid symphony. The profound resonance comes with an intriguing melody which is very fascinating. The songs have got multiple layers and have scintillating vibes. One can find the flickers of instrumentation which gives the song momentum. Some of the most popular songs by the gifted singer are ‘Liquid Boat’, ‘Breaking Point’, ‘Skydiver’ and ‘Always’.

In the songs by the proficient musician, there is an elegant vocal style that is stunning. The rhythm of the songs are compelling and everything comes together well because of a savvy production. The acoustics are captivating which gives the songs an ethereal feel. The set-up for the indie and rock genre of music paves the way for the poetry to flow in an impeccable way to make it sound fairly organic. The songs become memorable and entertaining in the most pleasant manner.