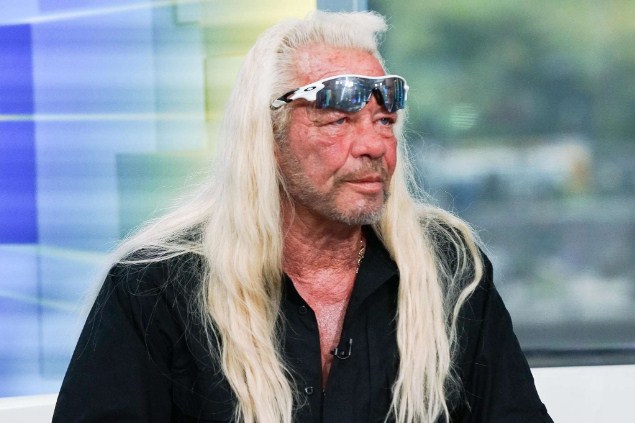 Dog the Bounty Hunter has been making the headlines due to his growing friendship with the former assistant of his late wife. Though Moon Angell is no longer living with him, Dog is certainly open for a relationship with her.

However, it was known that Moon Angell was there with him to make sure he is alright after the death of Beth Chapman. And, since he has now come out of that trauma, Moon has made her way out of the building.

But, he keeps mentioning that he still feels alone and would like to have a relationship with Moon, if she agrees.

Dog The Bounty Hunter says he proposed to Moon Angell because he knew she would say no — admits he would like to be more than friends. He stated, ‘Yes, I am going to be honest with you, brother. Yeah, I think I would have because it was more accessible.’

He also mentioned the reply of Moon – ‘No one will ever love you as Beth did. You better stop looking for that because there is no woman alive that will ever loves you like that.’ He even stated, ‘When you lose a spouse, man or woman, you are looking for that again. So you look for that and for someone to tell you that, it kind of stopped me dead in my tracks. I’m like, wow, so she’s kind of cold-blooded. She knows how to stop me and that’s kind of a direct point.’

He also talked about his equation with the children about this relationship.

Baby Lyssa had recently revealed that Moon dated her brother and was proactively putting her clothes in the wardrobe of her deceased stepmother.

The Bounty Hunter mentioned that he had to ‘restaple’ everyone as all of them had been ‘brawling’ since the death of his wife.