Jay Marwaha, the British pop singer has entranced the big shots of the industry with his gorgeous Pop tracks on SoundCloud, which are certainly blissful to witness. 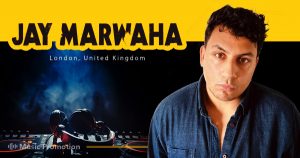 Always capable of making the audiences fall in love with his creative brilliance and unparalleled artistry, Jay Marwaha has taken the charge of the musical genre of Pop. Greatly enhancing the aura around the genre, the artist has introduced the audience with beautiful integration of some exquisite elements. His performance has a mass appeal that can enchant anyone. The individuality that runs through his tracks is just breathtaking to witness. The British pop singer has carefully chosen the right ingredients and placed them at just the perfect moments within the structural development of his tracks, which has strengthened the overall genre.

The terrific buildup of the track ‘Fun’ has set the bar high for the up and coming artists to follow and match up. The satisfying drops of musicality have created a ripple among the audience and made them fall in love with him. The track ‘Chasing Skies’, on the other hand, has achieved excitement and introduced the artist as someone to look forward to in the recent future. The reverb-soaked performance of the artist has forced the listeners in going through the track over and over. The pleasing tranquility offered by the track ‘Sitting In The Park’ has filled the hearts of the audience with satisfaction.

Jay Marwaha has gone one notch up with his release ‘’Love Songs Written’, which is certainly the epitome of his creative brilliance. He has fused all the delicate ingredients of the genre and presented them through the enthralling arrangement of the track. Backed up by so many fascinating tracks, the artist is growing with each passing release. The artist is all set to release his next single, a remix of ‘Sitting In The Park’ on 8th April, featuring the New York-based rapper Jonathan Shapiro. Listen to this track and more on SoundCloud and follow him through the pages of Facebook, Twitter, and Instagram.

Listen to his all tracks click on given below: