Hail the prodigal Australian singer Land of the Living a.k.a Mark Roberts for his first try to produce innovative soundscapes

It is time to hear out the Australian Pop Singer Land of the Living or Mark Roberts’ beautiful pop songs on Soundcloud that sets your mood lighter with serene melodies. 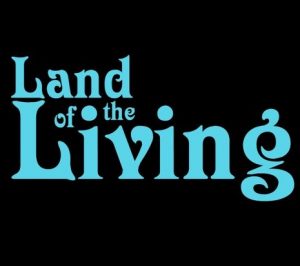 Inspired by the beauty of nature, the Australian singer Land of the Living alias Mark Roberts composes bright musical notes that he delivers in his pacific voice, making it his first attempt to send the world a loud and clear message about love and hope through mind-blowing pop songs on SoundCloud. All these started a few years back, with a full-fledge passion for writing songs about his lesson-learned stories on Garageband in his bedroom. After honing up his skills in alternative and classical music, the Australian Pop Singer finally comes to prominence with three outstanding singles as his debut appearance into the world of music.

Mark Roberts has been bearing a lot of pain and dreams all these years that kept him alive. His elongated illness might have taken away the jovial hours of adolescence but it handed him over with mature vision and blessed moments with his dearest ones. ‘Pain of Missing Out’ is the first single he released that holds up the pain and frustration to be treated differently by fate, when enjoying like a normal teenager remains just a dream. He sings about his personal moments without airs in the piece he composes.

‘Get Well Soon’ is based on the onset of his severe illness and those cloudy days that kept him away from the glitter and golds of the world. The air never becomes pink for him and he decided to make a song solemnly for those people who have been deprived of happiness due to long sickness or daily hustle to survive. ‘You and Me’ is another catchy pop song that ends in a good note showing chronological similarities between listing the tracks and the events that turned out in his life. the singles are the mirror reflection of his pain, dreams, and yearning. Find him on Facebook to get new more information.