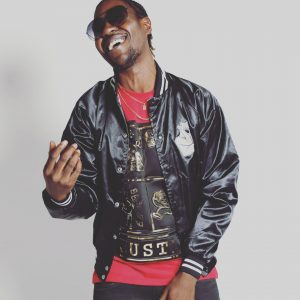 Hip-hop artist Rice has revised the stereotypes of the genre and put together a record that defies norms and lyrical permissibility in its intense creative formation. The song, ‘Round It Up (Blue Face)’ that has been composed and performed with creative collaboration with fellow artists like J Muzique, Psykasolar, and Majesty and produced and mastered by Paparatzi is already a hit. The song is intense in its lyrical throw that each artist responsibly masters as per their own interpretations and the result is a groove and thump that defines hip-hop with new lines of musical standardization. There is both vigor and the sense of conviction in the song that gets delivered to the audience, almost unadulterated and honest in its opinions.

The song ‘Round It Up (Blue Face)’ speaks of personal and interpersonal struggles that have helped mankind to reach their dreams. The artist who hails from Webster, Massachusetts has an important message to deliver through this song. It is about owning up to one’s actions and make changes to bring in improvement to their individual lives. Straightforward and honest, the lyrics to the song are beautifully created to support and motivate all those who are stuck in their own decisions. 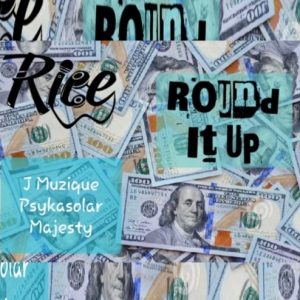 The Massachusetts hiphop artist Rice is also a graduate student, an entrepreneur, and a philanthropist. He is the co-founder of the production house Hustle Work Grind Records that also promotes charity drives. He emerged as a true artist not just showing his musical prowess in songs like ‘Big Dreams’ but also in bringing together communities to coexist and motivate each other in the pursuit of life. Music is just another way of expression that leads him to accomplish bigger ventures and socio-cultural goals. Rice is exemplary in his efforts to uplift the importance of lyrical hip-hop through hard-hitting lyrics and real-life caricature in his songs. Follow him Soundcloud, YouTube, Facebook, and Instagram for more such insightful lyrical modules.

Visit to hear this song ‘Round It Up (Blue Face)’ on Soundcloud :