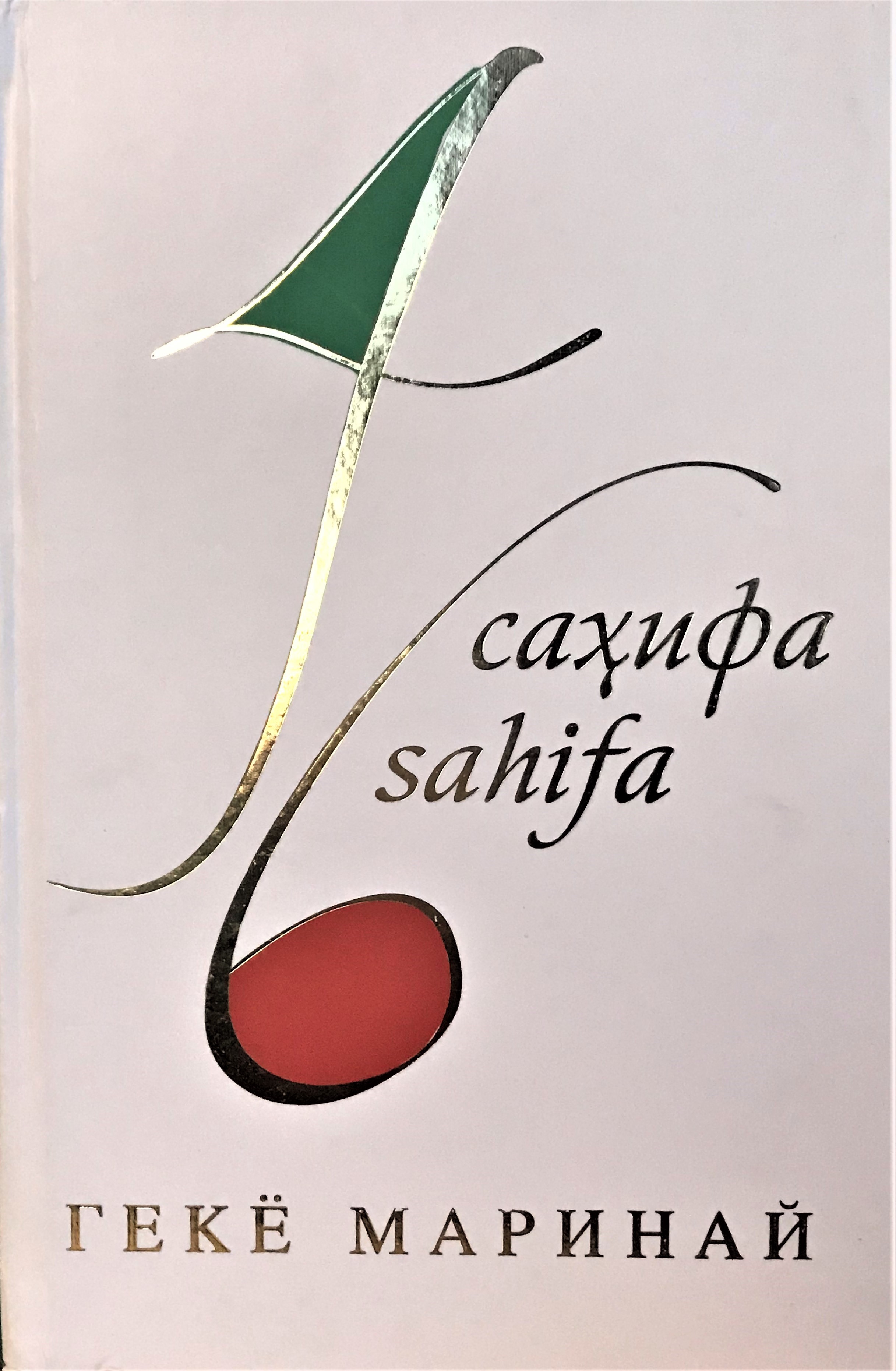 Upholding an ideal of world literature’s free exchange, poetry by American writer, publisher and literary activist Dr. Gjeke Marinaj is emerging in more languages, with fresh collections in Lao and Bengali, in addition to Uzbek, to start the new year

(WorldFrontNews Editorial):- McKinney, Apr 6, 2020 (Issuewire.com) – In early 2020, a time beset with obstacles to physical ties among nations, a contemporary American poet’s work is winning hearts in Central Asia’s Uzbekistan. Upholding an ideal of world literature’s free exchange, poetry by American writer, publisher and literary activist Dr. Gjeke Marinaj is emerging in more languages, with fresh collections in Lao and Bengali, in addition to Uzbek, to start the new year.

The book is handsomely designed, with a gold-embossed cover whose script recalls the elegance of Central Asian calligraphy. As if as an answer to a riddle posed by the collection’s title, the reader will find, tucked away on the forty-sixth page of Page 46, an Uzbek artist’s tribute to Marinaj: an imaginative portrait of the poet, accompanied by a visual interpretation of his verse.

Initial reviews, rendered for English-language readers by Uzbek translator Shokhrukh Usmonov, show a strong response to Dr. Marinaj’s Page 46 as further enriching the heritage of Uzbek language and literature, whose roots date from at least the ninth century and intertwine with those of Turkey, among other lineages. Leading modern Uzbek writers such as Ulughbek Khamdam and Kuchkor Norkobil voice acclaim for Marinaj’s poetic skill and spirit. The virtues of liberty, beauty and humanity expressed in Marinaj’s poetry resonate with Uzbekistan’s literary community. Uzbek reviewers also remark on how Dr. Marinaj’s arduous life has shaped his work and sense of language’s power.

As poet, writer and translator Dr. Ulughbek Khamdam notes, “Marinaj’s freely written prosaic poetry, born as a result of his own fate, thoughts and dreams, is not something new for Turkish (especially for Uzbek) literature. Because our ancestors loved freedom, they initially expressed their feelings with the help of stylistically free writing. …Yet this Albanian-American poet’s geographic latitude of meaning is a breath of fresh air for any writer, anywhere in the world. …Isn’t it amazing that in this world, which has forgotten respect for poets and their word, Marinaj worships the value of the word? He has a talent for viewing the world with the eye of a creator.”

Usmon Nosir laureate and meritorious journalist of Uzbekistan Kuchkor Norkobil remarks that Marinaj “has struggled with unbearable challenges in his life. It is a big event for a poet who has kept his heart-whole, despite such challenges, to appear in our literature. It’s clear that love for humanity can triumph in world literature. Although this writing’s beauty might seem easy, it’s based on extremely hard work. …Yet these poems are not created, but born.”

Book World editor in chief Khosiyat Rustamova writes that “this collection of poems is a great gift for our readers, for lovers of literature who take pleasure in the magic of words and the joy of poetry. On behalf of our editorial staff, we would like to express our gratitude to Istiqlol Publishing House for its close assistance in publishing the book… All poets have their unique nationality; all poets who belong to the whole earth can gather in literature!”

Poet and translator Odil Ikram say that “we should recognize the poetry of Gjeke Marinaj not only as highly valuable but also a miraculous. Gjeke Marinaj is a poet worth knowing anywhere in the world. His voice should be heard and responded to in each soul. He manages to incorporate and unite both the Eastern and Western aspects of poetry…”

Mukhammad Siddiq, a student of Uzbekistan State University of Art and Culture, writes,” An absolute poem looks down on distance; its only destination is the Heart. Naturally, the Heart has no limit… Gjeke Marinaj’s path in life has successfully navigated stages of confusion, spiritual pressure and oppression… Finally, his writing has arrived in Uzbekistan on Page 46. Reading the book made me think deeply. …The author addresses broad-minded readers, who will derive more value from his poetry; what’s more, he gives each reader an opportunity to learn a lesson.”

Thanking his Uzbek collaborators and audience, Dr. Marinaj said, “No diamond in the world makes a person shine brighter than poems can do. As Uzbek readers, you are naturally the epitome of elegance and sophistication, but when holding a book, you also reflect the richness of your individual and national culture. I am truly proud of becoming a molecule of your culture.”

Thirty years ago, Albanian-American Gjeke Marinaj played a literary role in the dissidence that would end Albania’s totalitarian era. Forced to flee his motherland, he went on to earn a doctoral degree from the University of Texas at Dallas. In addition to teaching on the faculty of Dallas-area Richland College, he currently serves as the director of world literature publisher Mundus Artium Press.

In Asia, the Middle East, Europe and the Americas, ongoing cultural diplomacy and collaborations have engaged Dr. Marinaj as a proponent of literature’s altruistic potential. His work draws on an original philosophy, Protonism, a form of literary criticism that aims to promote peace and positive thinking. He bears the title of Nation’s Ambassador for his native Albania.

Among his many awards, Dr. Marinaj recently received felicitation from the International Society for Intercultural Studies and Research, honoring his advocacy of global peace through literature and philosophy.