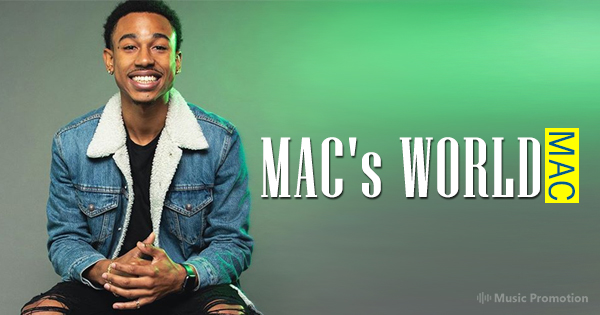 The young singer and rapper MAC from the United States of America play deftly with the demarcated musical bars of classic hip hop and relaxing R&B in the recently released ‘MAC’s WORLD’ EP. The Peachtree City hip-hop artist surprises everyone with his croons in the soft pace of the Rhythms and Blues for the first time in his debut EP. It is made up of eight tempestuous tracks to make the world see this year in the bright light and pushes everyone to shed the sadness before the upcoming sunshine days. 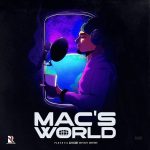 MAC is an ordinary teenager, focusing on his degree with an unordinary prowess of singing and rapping. He dives into the ocean of melodies with exemplary substantial knowledge of music and produces the latest EP ‘MAC’s WORLD’ under the record label Red Room Records, LLC as the result of exercising every varied musical paradigm from a young age. ‘PASS THE LIGHT’ features Forever Juice with a smart intro and an unmissable hook in the relaxed pace of Rhythms and blues vibes to draw a picture of his ideal future. Its inspiring tunes are pleasant to ears and his trills are equally captivating like his inescapable rap rants. He gives out a hint to the world in smoking flares that he is capable of stealing the show with gifted versatility.

‘SELFISH (DOWN BAD)’ is the second rap song featuring Wix Patton with full of thrusting rap rants to demonstrate the agony of a young heart. He is an exemplary virtuoso who has gone straight down the business with his unmatched mastery in hip hop music and enjoying the prominence of the groundbreaking collection of songs. ‘NEW BALENCIAGA (feat. NoLoveTreKo)’ is another hit that visualizes the caliber of the young artist. Follow him on Twitter, and Instagram for new updates.

Soundcloud is a music streaming app where you can listen to his album songs: https://soundcloud.com/macmusic04/sets/macs-world-1