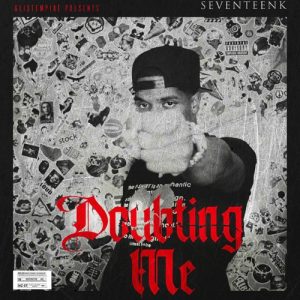 The young Bronx Upcoming artist Seventeenk chases the thrill of newness as he croons on some unheard melodies in his new hip hop track ‘17’ that is available on SoundCloud for all this month. With immense originality, the young artist did not fail to shine with his unruly nature of rapping and plane songwriting to reach every corner of the society. From heavy drops to head-bobbing hip hop rhythms, the song does not lack any amusing element to sabotage the dry feeling of quarantine. It is produced by Tineo on every platform to rescue his huge fan base with its surprising arrival.

His true inspiration comes from his musically devoted father who has lived through his musical works. From boyhood, he has seen the little magic music is capable of having and that intrigued him to devour music as a little boy. Years passed by and he played his cards to come out as an indie solo artist with an exuberating passion in rapping rather than singing. It was not long that the world started recognizing him for his hits like ‘Doubting Me’ and ‘Remember pt. 2’. These songs remind us of the power of the weakling in a squat. He sends the message to the world with a story of the compelling strength of an underdog possess.

Seventeenk made his walk to the hall of fame with the latest track ‘17’ that is concocted with superfly drills and a new story to feel the blessing of money. His infectious rap verses in the track display the swag in his blood he is born with. His cold heart turns to be overwhelmed with the fascination of power and hegemony in the music industry. He makes the song about the thrilling life of a flamboyant rapper in the heart of the big New York City. Follow him on Instagram to know the updates about his upcoming concerts.

Soundcloud is a music streaming app where you can listen to his song: