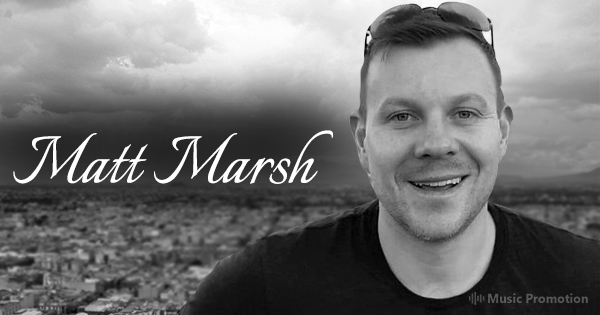 Techno uncovers an upcoming producer and DJ from the vast pool of musicians whose taste and music mixing abilities is something that has taken the genre to new heights. Matt Marsh puts out himself in the industry by releasing his compelling melodic and tribal techno sounds. The Florida techno producer DJ born and raised in Melbourne and influenced by the techno scene in the late 90s and early 2000’s has started to gain attention with his creativity and his music demonstrates burst of energy and distortion of the bass at the same time. The artist rightfully takes on a new dimension by introducing unique experimental sounds with an epic melody that emphasizes his exotic taste. All his compositions are created most exclusively perfectly fitted for any club or party scene.

After dropping power-packed hits previously, the DJ has recently increased the heat quotient with his newly formed tracks ‘Never Give In’, ‘Going Deeper’, ‘eFree Godspeed’, and ‘Primitive Times’. The mixtures sound rock solid from start to finish as the musician has included some amazing dance floor smashing melodies that excite the audience from the very first beat. The tracks explore a range of experimental music that sounds even more inviting and appealing when being played at the highest volume of the speaker. As the tracks progress, the intensity and the impact level enhance significantly, and its quite clear that the music producer intends his crowd to groove relentlessly.

Matt Marsh will be releasing his record label later in 2020, with partner his partner in crime to focus on creating wild and imaginative soundscapes which certainly adds more diversity and depth to his music. The dark and melodic techno producer and DJ has loved mixing sounds since a kid, and always enjoyed the feeling of getting the crowd excited with his creations.

Currently, he is working on a collaboration with ’80s like vocals with a London based vocalist and is marching to release more such engaging tunes in the future. Listen to them all on Soundcloud and follow him on Instagram for more content.

For more tracks of Matt Marsh, go through the below link: