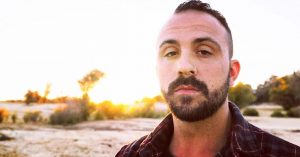 Upcoming hip-hop artist Ryan Rinauro is carrying forward the cultural legacy of hip-hop and rap through the lyrical modules of his exquisite soundscape.

Upcoming rapper and hip-hop artist Ryan Rinauro is presenting the scope of lyrical and melodic streaming in his captivating soundscape. A progression of unapologetic wordplay set into the blocks of rhythmic insertions and melodic intelligence, he has transcribed a scope of musical being that harbors an identity of its own. Thematically representing an extensive range of topics, he constantly upgrades his passion, conviction, and wisdom through the virtues of his creative learning curve. His vocal intensity also elevates the strength and power of his game to a whole new degree where the audience gets drawn to its thematic and musical exuberance.

A therapeutic scope of culturally and musically driven soundscape, some of the biggest influences include the likes of 50. Cent, Eminem, Intuition & Equilibrium, Jay-Z, and more. He utilizes the electronic kicks and rhythms of his 808 that is juxtaposed in a linear cross with the cultural characteristics of the West and East Coast invasion in hip-hop. His tryst with hip-hop started when he was very young and began recording on his own when he was just 14. His constant impetus and love for hip-hop gradually laid the foundation of a melodic but intense scope of musical prospects like a symbolic bridge between the creative differences between the West and the East Coast.

The production association of Ryan Rinauro with label house DREADED POET CULTURE has been instrumental in his story. Some of his songs that make his career shine bright include ‘Listen Clear’, ‘Auriela’, ‘Liar Liar’, and ‘WESTSIDE’. Over the years of unhindered growth as a musician, he is now a proud accomplice of hip-hop’s enormous presence. He is also working on his upcoming album, ’Lost Boy’ that will further highlight his creative wisdom. Follow him on Soundcloud, Twitter, and Facebook for a brilliant presentation of rap and hip-hop in its most clarified and unadulterated state.