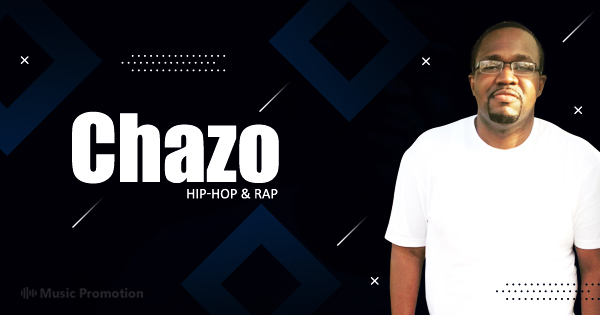 There are very few artists who drive away from the regular pattern to create a realm of their own and craft their names alongside other mainstream stars. With his bold songwriting and a melodic rap approach, Chazo has embraced the genre with his signature style and sound. The artist proves his worth by releasing some of the most dynamic compositions encountered by the industry and enjoys his much-deserved spotlight. The compelling nature of his voice tides through the listeners until they completely get hooked to his creativity. The New York hip hop artist has earned a major stake in the industry with his flawless sound and has recently gifted some mire creations that exhibit his talent.

Few tracks like ‘WorldGoRound’, ‘Doughboy’, ‘Reality Check’, and ‘ChazO (Feat) C Nellz & Apo” Interlude Twenty – Twelve’ are some of his most celebrated songs that have the right amount of bounce and energy required to be declared as stunning hits. The artist raps in a flow that mesmerizes constantly and brings out his hip-hop and rap sensibilities in an intriguing manner. The songs are filled with eccentricity in greater doses and the productions are largely driven by spacious beats and a catchy bass line that fits right into the place to label the tracks as unmatched musical pieces.

Chazo runs and owns his own music publishing company named familyloyaltyOughtaWin Music and has also been featured in The Source Magazine. Moreover, the talented musician has worked with various artists in the industry as a skillful songwriter which speaks of his brilliance. All his creations give the audience a bigger picture of his exotic craftsmanship as he aspires to gift more engaging tracks to fans in the coming future. Listen to him on Soundcloud, Spotify, Apple Music, and YouTube, and also follow him on Instagram for more details.

Visit the below link for listening to all tracks on Soundcloud: