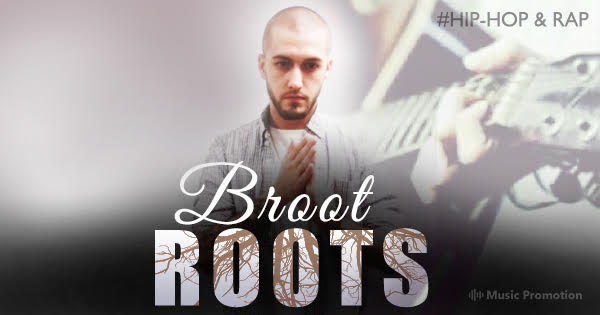 Upcoming rapper Broot has formulated a soundscape of thematic and lyrical spontaneity that is regarded as one of the best contemporary variations of rap. He recently came out with the album, ‘Roots’, a personal and intense stream of lyrical assortment set in a course of thematic intensity. The album emerges as a hard-hitting saga allowing the artist to express his interpretations about life and its complexities in a beautiful and relatable creative module. All the sixteen songs of the album are reflections of his inner mind that emerge as everyone’s story told in the light of different experiences and exposures. Currently, an independent artist, the album’s creative enamel proves his artistic ability to create wonders from the elemental blocks of music and rhythms.

Originally hailing from Haverhill, Massachusetts, this Salem rapper’s musical legacy with the production house Broot’s World, LLC has allowed him to come in touch with music’s limitless course. His thematic deductions about life and its turbulences are beautifully transcribed in the album ‘Roots’. Some of his songs from this album like ‘Twenties’, ‘Outlaw’, ‘Undiscovered’, and ‘Nightmare’ all consist of the depth and understanding of life’s unspoken areas. He wants to tell stories through his lyrical verses and albums by Eminem, Nas, and Tech N9ne have been instrumental in stirring this creative influence in him.

The upcoming schedule for Broot looks very busy as he is already in works for the release of another secret album. Apart from that, his new mixtape, S1mple was also released recently which is gradually garnering a wide audience base. His territory of rap and hiphop interpretations are limitless as he continues to expand the essence of his soundscape into an all-inclusive one. Follow him on his social handles on Facebook, Instagram, Twitter, YouTube, Spotify, SoundCloud and be a part of this lyrical journey like never before.

To check out the songs of “Roots”, visit the given link: https://soundcloud.com/broot603/sets/roots