The genre of Trance has been blessed with many musical gems over the past few years. However, not all have been able to cast a long-lasting impact on the audience. This is where the track ‘Polarity (Original mix)’ has come out victorious. Due to its fascinating presentation and stunning sound design, this track has captured the hearts of many across the globe. Created with all the ingredients that are needed to engage the audience, this track is certainly one of the most celebrated tracks of this year. The Texas electronic music duo The Voided has simply stolen the hearts of the audience with their artistic work on this track. 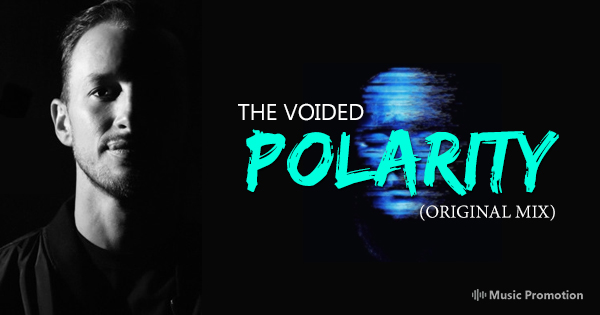 The enthralling arrangement of the ingredients of this track has been designed in such a way that the listeners cannot take their ears off. The vibes are refreshing and worth spending time within. The track grows with each passing bar and reaches the climax at the halfway mark and from there on the intensity rises, confining the soul of the audiences and edging them to groove to the sound design. ‘Polarity (Original mix)‘ kicks into the gear with its delicate rhythm and emerges to transform into something magnificent, which is nothing but a sonic delight for the fans of the genre.

Despite the heavy sound design at the exterior, the interior is mellow, creating a sound of its own. For the most part of it, the hook section of the track moves in a to and fro motion, which just takes the awesomeness to a whole new level of creative brilliance. Both the artists of The Voided have put their best efforts in making the track one worth listening over more than a hundred times. Things brighten up as you move into the structure, pushing you into the depth of creative bliss. Listen to them on SoundCloud and Spotify. Also, follow them on social media platforms.

Just go for this track ‘Polarity (Original mix)’ by The Voided :