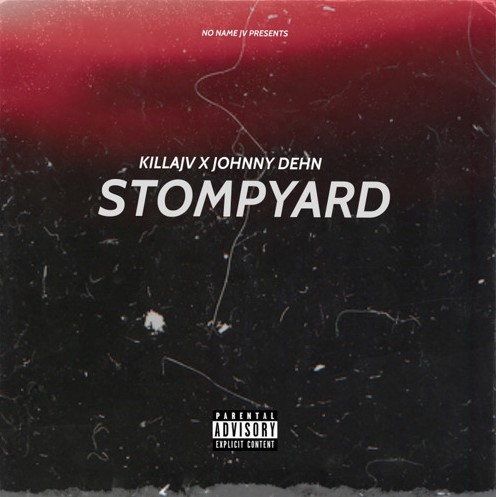 Introducing the charming, young hip hop musician on the rise, KILLAJV who has made a breakthrough record as his debut single ‘STOMPYARD’ featuring JOHNNY DEHN that sounds like the incomplete memoir of his ceaseless tussle to settle as an appreciated artist in the world. The skillful California rapper broils his anger, frustrations, and negative energy in a single stream of hip hop waves that turns out to be the positive result of immense hard work. The rough and tumble time has taught him to be a fearless man and he passes on the encouragement with the new rap song. Its unique lyrical magic will linger longer than the hypnotic intro beats that make it irresistibly interesting.

He is the young artist from California who makes music to grasp the radical attention of the society he is singing for. His music is the sound of hope, and the result of his bleeding mind that trails its scars. his song represent the confidence of the artist and how he can stand out of the ordinary with his genuine and organic composition reflecting his life story in different shades. He produces uplifting instrumental and addictive bassline that inspires people to explore the things that aren’t so rosé. Currently, he is making music with NO NAME JV production house. He is a dreamer with an enormous passion for songwriting and sketching narratives related to his reality.

KILLAJV shines like a diamond in the industry with his biggest Soundcloud hit track ‘STOMPYARD’ featuring JOHNNY DEHN. It features a game-changing collaboration with JOHNNY DEHN, making it an unmissable project for the hip hop lovers. The diversity of the song in a singular frame is appreciated by the entire world. His honest verses projecting his incompetence, growing confidence, and positive avidity towards his music makes the song the reflection of his strong soul. It draws comparison with the style of legendary hip hop artists. Find him on Facebook, Instagram, Twitter, and YouTube for all the new releases. Support his debut project only on SoundCloud.

Listen to this debut single ‘STOMPYARD’ on Soundcloud: