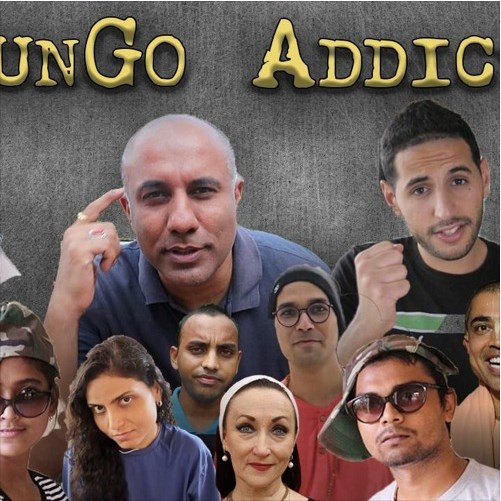 Upcoming rappers Vinaya Gaura and Padmaksi Sri is creating some of the most significant and substantial creative goals in the spectrum of hip hop. The team collaborates together to spread awareness about mental health, substance abuse, and suicide. Some of the rarely talked issues of personal and interpersonal lives being depicted in music are not just virtuous but also paves the way for therapeutic goals. Their newly released song ‘GoRunGo Addiction’ describes the detrimental effect of drug abuse and addiction that leads to suicide. These two are integrally connected and the musical group is trying through their creative efforts to make people rational and reasonable in their own decisions.

Apart from the thematic linearity of the song that is creating ripples of engagement already, they are also promoting contemporary rap through their musical expressions. The song ‘GoRunGo Addiction’ is set around an intense rhythmic pattern that instigates meaning and depth from the lyrics. The Detroit rappers are convicted and dedicated to their roles as each of them plays a unique part in delivering the message that the song carries through its entirety. From the vocal prowess to the undulating arrangement, the song is a bundle of themes and facts that will lead the audience to understand and empathize.

In the times of corona, Vinaya Gaura and Padmaksi Sri is also trying to help people who are suffering from substance use, mental health disorders, and suicide through their production label KneeTie GoRunGo. Their work in the area of evidence and meditation-based treatment that increases emotional intelligence and in the treatment of anxiety and addiction is unparalleled. They have also transformed this idea through rap modules and a fascinating musical and rhythmic verse so that their vision and mission can reach the mass without any hindrance to communication. Be part of this musical movement of changing the world by following them on SoundCloud, Facebook and Instagram right away.