Brian Mayes channels his positive energy into his most recent spiritual ballad through ‘If God Is For You Mastered’ featuring fellow musician Spanky Williams. 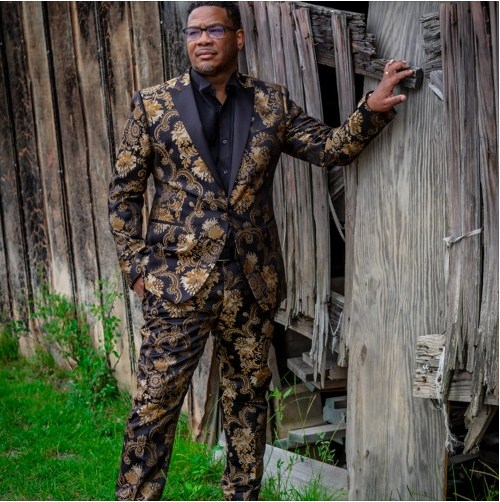 The contemporary form of the gospel has taken over the mainstream music industry moving away from its roots in terms of both rhythmic and lyrical characteristics. Eminent gospel singer Brian Mayes is determined to bring back the lost glory of the said musical form with his fellow musician Spanky Williams in their latest installment ‘If God Is For You Mastered’. The track showcases their incredible rendition into the genre imbibing traditional gospel elements into their soundscape with a pinch of their exceptional panache that expresses their artistic craftsmanship. The melodic flow of the track is enough to transport the audience into a blissful spiritual reverie creating an oscillation of smooth melodic patterns.

The brilliant singer and songwriter had been surrounded by different musical influences especially gospel since his childhood. He had developed a strong bond with music since he was very young with the determination to change the world with his means of music. After leaving the United States Air Force, he rejoined the group that his mother started called The Mayes Brothers, he soon parted his ways from the group as he was more interested in the more traditional and genuine gospel rather than the contemporary form. This led the Camden world music artist to establish his own soundscape that is rich in original and nostalgic gospel vibe imparting the glory of God.

To satisfy the clench of the traditional gospel-lovers all around the world, Brian Mayes has started an extraordinary project called 18 years, which is the exact amount of years it’s been since Brian has been on stage, working with the production house Dinard Publishing. His latest masterpiece with Spanky Williams, ‘If God Is For You Mastered’ is an empowering saga giving courage and support to the people who have lost everything and teaches them to stay strong. Follow him on SoundCloud for more.

Check out this link to listen to this track on SoundCloud: