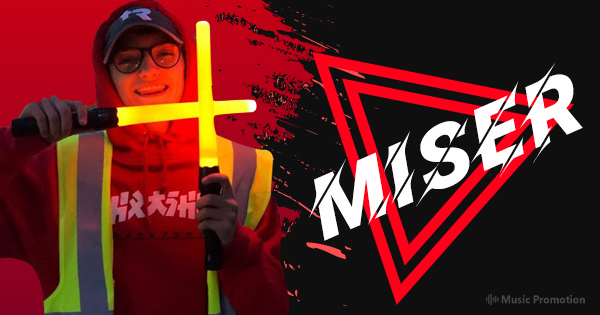 The riveting tracks etched out by the astounding rapper MiSeR is proof of his class and dexterity. He has come up with wondrous hip hop tracks like ‘Bottom’ that is produced by CapsCtrl, ‘Wanting To Love’ produced by Kubsy Beats, ‘Lost’ produced by Zane98. It is a phenomenal offering for the rap fans by the Louisville musician. The rapper belongs to Kentucky and has developed a unique style of his own that has spiked up his popularity in no time at all. The young musician is only 17-year-old and has started to follow his dreams and has turned out to be an important member of the hip hop fraternity with his indomitable finesse.

The prolific rapper MiSeR has belted out the ripper of a track ‘Bottom’ that has got a heck of a pace. In the track ‘Wanting To Love’ there is a belter of a tune with rhythmic looping. In the song ‘Lost’ there is a sassy groove with a touch of fusion. His tracks have a memorable edge that has a flabbergasting appeal and has an addictive dash of new-age funk. The fans can catch a glimpse of his shared posts and fetch relevant information about his lined up projects by logging on to his Instagram handle.

In the magnificent numbers by the rapper par excellence, there is a high octane rhythm that has blown away the audiences. He has swept the fans off their feet with the cracking vibes and unleashed mayhem with his effortless style. His laidback approach is delightfully entertaining and has got a lot of steam in it with plenty of energy. His songs are real and are purely based on the experiences of mundane life and the innermost core of his thought process.

Listen to his creations on Soundcloud now: https://soundcloud.com/502_miser