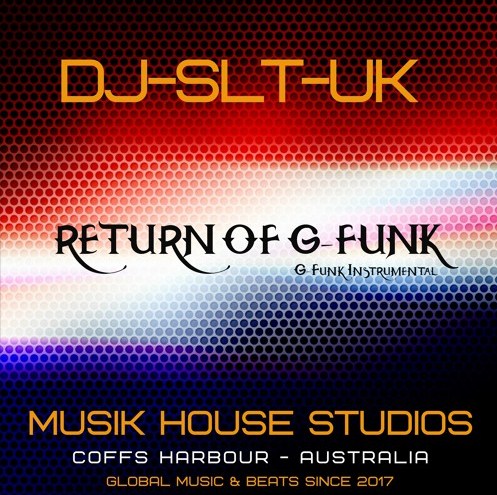 A masterful artist, who is immediately catching up with the new generation, with his emotive warmth, and cinematic sound design is DJ-SLT-UK. The New South Wales music producer succeeds to establish an instant connection with the audience with his versatile sound design that he uniquely creates by stylistically stretching his creative boundaries. One of the major highlights of all his creations is the deep innate passion which the artist holds for creating music and the same reflects on his productions. Driving with pure infectious energy, the artist uses his powerful artistry to mix sounds that are rather unheard in the genre and comes up with his sound that can never be duplicated or sound repetitive.

‘Return Of G – Funk’ is the latest track released by the producer that openly showcases the producer’s music-making abilities. The melodies are a combination of upbeat and soothing melodies that create a unique ambiance around the listeners. The music flows through various twists and turns but never falls out of harmony and sets up a mood that lets the audience indulge in his gorgeous sound version most impressively. The music comprises of various eclectic sound patterns and includes several instrumental sounds that juxtapose each other to create a wonderful melody.

Coming from NSW, DJ-SLT-UK who started creating music at the age of seven has over the years sharpened his natural skills and his abilities to produce innovative sounds to treat the audience with his sonic delicacies. The recent track ‘Return Of G – Funk’ has been build under the label MUSIK HOUSE STUDIOS and dictates his authority over the G-Funk genre. The artist is always striving to learn new techniques and makes one to three templates every day. By using old synth pad sounds and synths for melody that Jean Michael Jarre use to use back in the 80s, the artist is surely making a solid impression on the audience. Listen to his melodies on Soundcloud, Spotify, Apple Music and follow him on  Instagram, Twitter, and Facebook for further details on his upcoming instrumental hip-hop album.