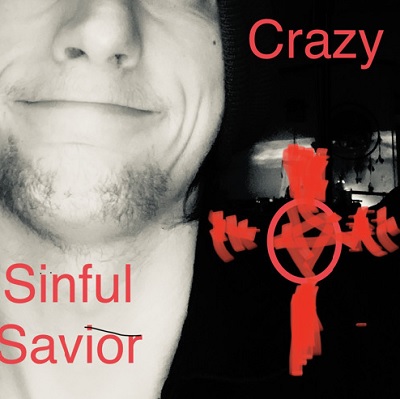 The genre of hip hop has given birth to many incredible sub-genres. Among them, rap has shined the best, obtaining a remarkable amount of popularity. Armed with his outstanding rhyming skills, talented American rapper Cody Paisley, popularly known as Sinful Savior is imparting his creative majesty in the world. He has just dropped a dynamic rap number called ‘Crazy’ on popular streaming platforms. The track features reverberated beats lining up perfectly with his powerful vocal performance. The unique chord structures and the progressive arrangements make the song much more powerful and enjoyable for the audience. The overall symphony of the track adds a distinctive flavor to its sound and texture.

The gifted Pennsylvania hollow musician found his calling at a very young age. He was deeply inspired by the expressive nature of the genre. Through rapping, he unleashes his true potential as a writer as well as a performer. In his creations, he imbibes his creative self that speaks of his individuality. Motivated by the rhythmic and rhyming majesty of the old school hip hop, he never fails to deliver something meaningful through each of his creations. He is determined to provide something new to his fans in all of his compositions. He explores the land of all musical styles and handpicks marvelous thematic elements for his music.

Working independently, the brilliant performer utilizes freedom by experimenting with different rhyming styles in his soundscape. Sinful Savior showcases his versatile rhyming techniques in his latest single ‘Crazy’. The song features his most ambitious vocal performance that oozes his sass. The hard-hitting rap verse and the killer hook find a perfect match in the groovy rhythmic backdrop. His earlier soundtracks such as ‘Low’, ‘On My Own’ featuring MonkeyMan, ‘Killing Strangers’, and ‘So F***ing Easy’ give out a sense of pure enjoyment. Follow him on SoundCloud and Facebook for more.