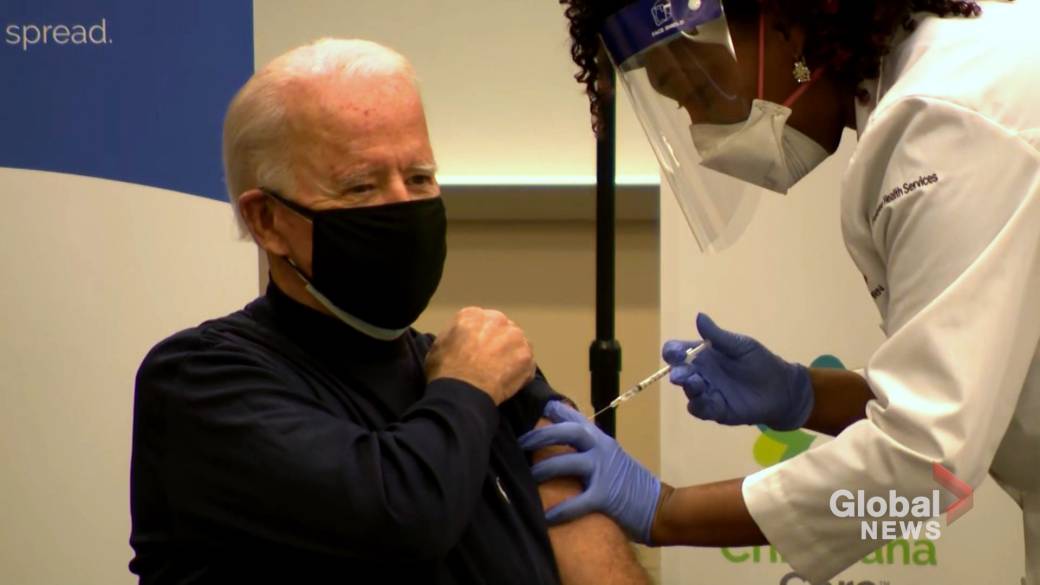 On Tuesday President Joe Biden expressed empathy with the struggling families and also applauded Congress for passing the coronavirus relief as the nation struggles with a COVID-19 surge that casts a shadow over the Christmas holiday.

He called out to the frontline workers, researchers, scientists, and the clinical trial participants, and also those with the deployed family members during the holiday season and said that their hearts are always with them.

Biden urged all to keep the faith and said that the way pandemic has altered his holiday celebrations which include up to two dozen relatives, and concluded not this year.

This season carries a much deeper meaning than it usually does; Biden added and encouraged the Americans to continue to take precautions to try to stem the spread of the virus, which has now killed over 320000 people in the United States. He also said that Jill and he are sending their prayers to all who are facing this dark winter.

Earlier this month, Biden stated that the Americans cannot be traveling during these holidays and also acknowledged that Christmas is going to be a lot harder.

On Monday Biden got vaccinated on live TV as part of an effort to reassure people that the COVID-19 vaccine is safe and added that he looks forward to the second shot and has absolute confidence in the vaccine he added.

On Monday, a $900 billion coronavirus bill was passed by Congress and Biden had called the bill a down payment on a broader relief bill that he intends to introduce when he takes the office in January.

Biden stated that like all compromises, this is far from perfect and said that Congress did their job this week and he must ask them to do it again next year.

On Tuesday Biden’s team announced a round of White House staff appointments led by Bruce Reed as deputy chief of staff. Reed served as Biden’s chief of staff during his first term as Vice President and has been a close member of Biden’s inner circle of advisers.

But after weeks of speculation, Biden’s Cabinet selections progress has raised concerns about Reed’s political views and fiscal conservatism.

Progressives notched a win in the new round of staff announcements with the appointment of Gautam Raghavan as deputy director of the Office of Presidential Personnel. Raghavan served as the chief of staff to Rep. Pramila Jayaapal, who chairs the Congressional Progressive Caucus, and now he will help evaluate the applicants for thousands of federal jobs and other appointments.