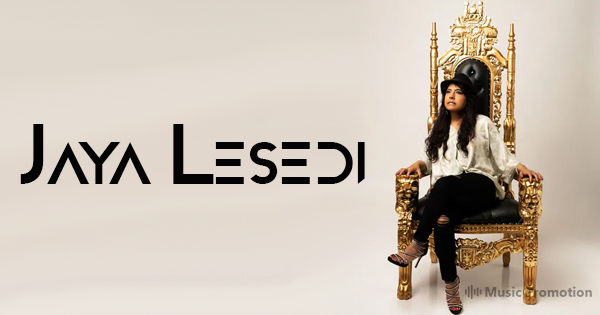 Upcoming artist JayaLesedi creates a soulful remembrance of musical and lyrical balance with the verses of her exquisite soundscape. Recently, she came out with the single, ‘Move With Me‘ that defies musical standardizations with its extensive use of various influences. Her American and Indian roots have led to a cultural confluence that reflects in her music through its thematic and creative virtues. She exemplifies musical diversity in her sound giving R&B a new identity with her interpretations. The themes of love, oneness, and belongingness come together in a mellifluous blend taking the audience on a journey of creative and psychological contemplation.

Hailing from the city of Savannah, this Georgia female RnB singer is the first generation Indian-American based out of the United States. She hails various genres like R&B, hip hop, and soul as the foundational elements of her musical influences. This also helped her form an all-inclusive acceptance for culturally diverse world music. Her affiliation with music and songwriting started from a very young age which later paved the way for her career as a musician. The song, ‘Move With Me’. unearths her creative expanse as she sings with an emotionally confident voice providing the track with structure and texture.

What sets JayaLesedi from the rest of her contemporaries is her engaging plunge into the depths of world music. Combining spirituality with music, she has reached an epitome of creative indulgence that blissfully defines her soundscape. Her other song, ‘IF YOU COULD FEEL ME’ also depicts her vast canvas of musical and lyrical comprehension. Using instruments from various cultures and countries, her soundscape is a global musical center-point in the making. Her songs are uplifting that motivates the audience to experience the essence of life and love. If you are willing to subscribe to her endless stream of creative, spiritual, and cultural space, follow her on Instagram, Facebook, Spotify, YouTube, and her official website.