Emerging Virginia Rapper Peso3x is inviting all listeners on a musical journey through his banger ‘Take Flight’. He has a hand full of upcoming projects this year. 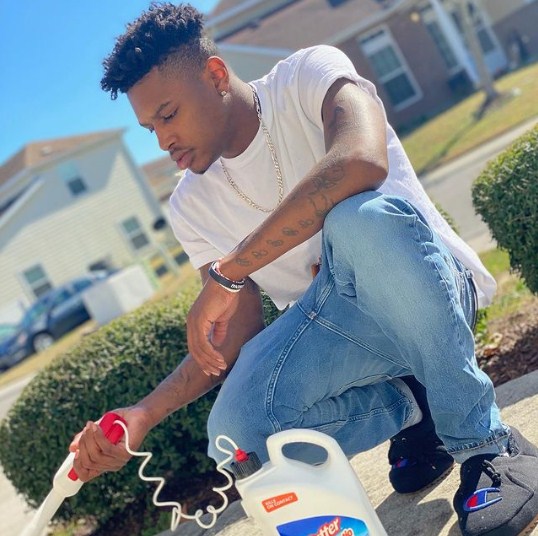 The relentless lyrical outpouring by upcoming rapper Peso3x hits hard through his latest banger ‘Take Flight’. The rapper has done a brilliant job in crafting this track that does not only showcases his talent and skill but also provides the listeners a different taste of modern hip hop music. The musical arrangement in the track is finely designed that provides a hypnotic and haunting soundscape. The mystical vibe and intense lyrical flow help the artist to meander through with his raw and bold rapping style. The lyrical approach is quite intense and invigorating as well. The banger engages the listeners both, musically and lyrically.

Hailing from Woodbridge in the United States, the Virginia Rapper is captivating global listeners with his sheer talent, musical creativity, and greater knowledge of authentic hip-hop music. He developed his passion for music at the age of 12 years only. However, he didn’t pursue it as a musical career until the loss of his friend. The incident moved him much and the artist decided to pursue his talent in which his best friend believed in. Music is the only medium that helped the artist to express himself and all the experiences of life which taught him so much. He believes music has helped him to overcome his fears and struggles in life.

The latest track ‘Take Flight’ is a milestone on his musical journey that has gathered a lot of attention from the listeners and helped him pave his way in the music industry. Recently, the artist has dropped some enticing bangers like ‘Trap Freestyle’, ‘Passenger’, ‘219 Flow, Pt. 3’, etc to name some which carry his legacy forward. He is eagerly waiting for a bunch of upcoming projects scheduled to be released this year. Follow Peso3x over SoundCloud, YouTube, Facebook, Twitter, and Instagram to know more.

Click here to listen to this track on SoundCloud: https://soundcloud.com/peso3x-music/take-flight