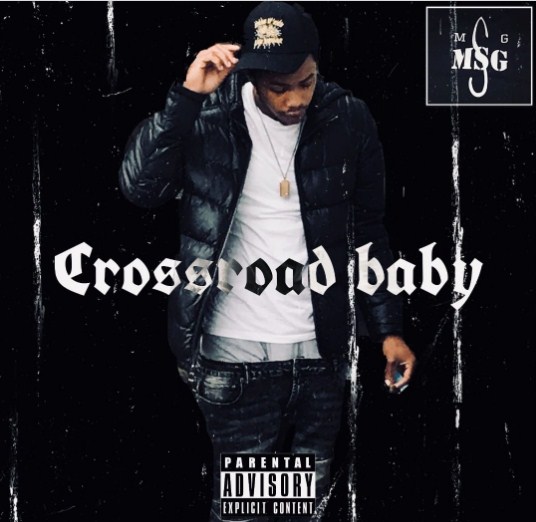 The genre of hip hop offers a variety of subgenres that cater to different moods of the listeners all over the globe. Young and talented hip hop artist Jaquise Creech, better known by his stage name Crossroadbaby has established a soundscape that ranges from melancholic to witty and lighthearted hip hop bangers. He has recently released a new track, ‘Hold On’ on major streaming platforms. It features an amazing contrast between his dynamic rapping and the blissful hook. It is an inspirational number depicting his life struggles and how he overcame them to become a tremendous musical success.

Driven by his true passion for the genre, the brilliant New Jersey rapper is trying to break the monotony of contemporary hip hop by bringing back the old-school resonance. He has been heavily involved with music from a very young age. He has been making thought-provoking music that is inspired by his own life stories. He enhances the depth of the songs by using powerful metaphors and verbal imageries. He has been encouraging the mass to follow their dreams overcoming the obstacles in life and letting them know they are not alone in this. He is spreading vibrant positivity in the hearts of his audience through his music.

Working with the production house KZ, Crossroadbaby has delivered several heart-warming melodies to the global hip hop community. Starting from absolutely nothing, he has come to an amazing level in his career, which is an inspiration to all. His latest soundtrack, ‘Hold On’ paints a vivid picture of his life and his hardships. It makes a strong connection with the people who are going through the same thing. His previous songs, ‘QCIGG – EBK SHIT’ featuring cjunior, ‘Hella Fast’, ‘Qcigg – militant’, and ‘stinky leg’ are also amazing in every aspect. Follow him on SoundCloud, Instagram, and Facebook for more updates.