The trailblazing hip hop artist Rees Bee is on the verge of entering a new threshold of musicality with his latest music video ‘Let’s Go’ infused with a bold rap flow.

The power of hip-hop culture is truly undeniable and the influences of the upcoming artists have taken a different level of acceptance. New artists still hustle for their identity but some rappers know how to get ahead of the race. The new sensation in the rap realm, Rees Bee is one of the few artists who have come across huge success in the shortest stint. His in-demand musical aura has created a new influence in the music market. Though he can’t make his mind up about the subject he should follow for his intertwined opus, he is certain enough that people are going to understand the stringent choices that set him apart from the rest. He is wired to live his life with simple adventures but music has given him a new world to explore. He wants to lose himself on the dancefloor with the aristocratic grooves he blended in the music video ‘Let’s Go’. It is a special approach dedicated to all the people who were stuck in quarantine, locked up in soul-wrenching thoughts of isolation. It is the ultimate cue for a post-quarantine party with your friends and neighbors. Break the dancefloor and make your home the next big club arena to mesmerize your new companies with the sassy verses. 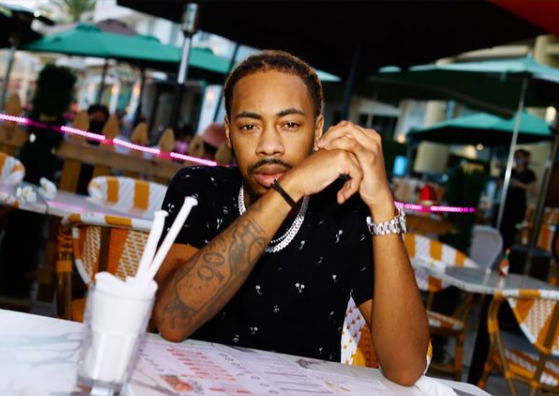 The upcoming hip-hop rapper Rees Bee has become the most influential artist of the era. His avant-garde style of making use of boom-bap symphonies in the freestyle hip hop milieu seems to fascinate the audience. He has walked through a tough line of works to get accepted for his originality. People rave over his cheerful rap anthems and iconic vocal improvisations that discuss the painful paths he undertook to give his life a chance. All the glitz and glams have not affected his vision for life. He still chooses friends and families over his high-class, posh lifestyle. He has set some ground rules to keep his mind focused. Since childhood, he has been brought up with a sense of responsibility. He had little scope to dream with his closed eyes. He faced obstacles to choose music over any other career but he was hell-bound enough to overcome every barrier and live his dreams. He has gradually overpowering his self-standing popularity with nonstop hits. His grind in this industry has been real and inspiring for many of his followers.

He seems to be in a different mood for this new music video ‘Let’s Go’. He makes delirious hooks and charming crunks to invade the mopey clouds in your mind. Although, his music is a symbol of hard work and hustle power, this time he brings laid-back rhymes just to roll a good time with his audience. He appoints party grooves and chills vibes with beautiful ladies dancing on the screen. This is the staircase to heaven for any party planner. Follow the amazing artist on Youtube, Spotify, Soundcloud, Facebook, and Instagram for more music.