After years, Daneka Nation returns with an incredible Folk-rock single called “In a Different Light”

A new country/rock tune with emotional lyrics and pounding rock sounds, Daneka Nation, a Houston-based country-rock band, has published a single called “In a Different Light”. 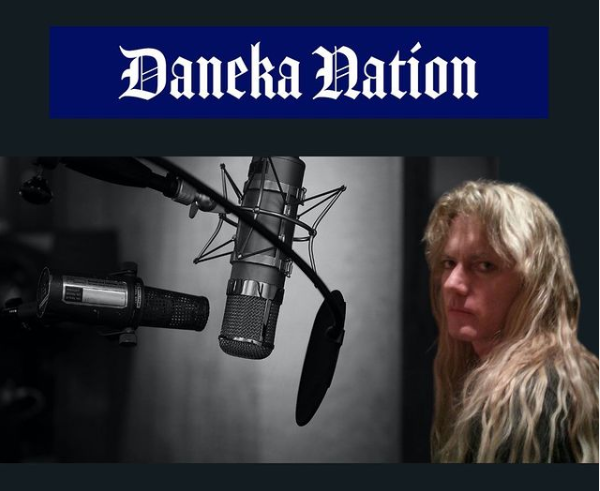 Many exceptional musicians have emerged this year, and one of them, Houston-based country-rock band Daneka Nation, has made it through with their new original song “In a Different Light”, which was just posted on Soundcloud. The vocalist is a gloomy talent in new-age country-rock music who is paving his way to becoming an original musical superstar by following his passion. With his pioneering folkish songs in the newest rock song, the young up-and-comer from Texas is moving closer to stardom. His music is ethereal, lyrical, and powerful. Beautiful lyrics, strong musicianship, and a commanding presence. Despite the flood of new music that has flooded the internet era, the band has created and maintained a sound that is really unique. The alluring, gravelly vocal and quick guitar rhythm entice you into an abyss of double bass-heavy, yet simple, clean music. It’s a song you have no idea what it means but will be obsessed with for the rest of your life.

He is a colorful artist that believes in uniqueness, therefore his tunes are based on his own personal experiences. He uses music and songs coupled with rawness to convey his sorrow and frustrations. He writes music about genuine feelings that he hides, and the only way he can get rid of them is to express them in the form of songs. His most recent single, “In a Different Light“, is filled with strong emotions and terrible memories. He walks the audience down memory lane, painting a vivid picture of a tragic narrative of betrayal that we can all relate to. Everything in the song, from the sounds to the words, is enthralling, and his narrative approach keeps you hooked.

The type of music we’re looking for. Great musicianship, words that are passionate and honest, and meaningful music. These items were discovered in the band Daneka Nation. With dance-inducing riffs coming from all directions, all instruments and vocal melodies smashing and complementing one another, the new audience of rock music fell in love with the sound, and we can’t wait to see these guys perform live. Rhett Daneka (Lead-Singer and Founder) was born in 1967. The vocalist was graduated from Baytown’s Robert E. Lee High School and joined for taking flying lessons. In the early 1990s, he was the Chief Flight Instructor at Hooks Airport’s largest training school. Later in life, he became an Air Ambulance pilot out of Corpus Christi, Texas. He abandoned his flying profession in the early 2000s to work for himself. He changed his name in early 2008. “Bret Michaels is the only ‘Bret’” (of Poison). “I have to stand out,” he explained. After taking a big hiatus, he returns to the stage with a phenomenal song that is topping the charts. The life lessons and adversity that life has thrown at him have inspired him to create music. The new song is an emotional folk-rock tune with a great vocal technique that creates an emotional emptiness in the minds of listeners. He seemed to be following in the footsteps of his idol. He is now working on a new song for a forthcoming production. He has a tonne of hits lined up for the future years. Follow him on Instagram, Facebook, Twitter, and Soundcloud to learn everything there is to know about him.