Canada-based artist and producer, Zarbo has formed a mesmerizing soundscape utilizing all his thematic understandings and unbound creative artistry. 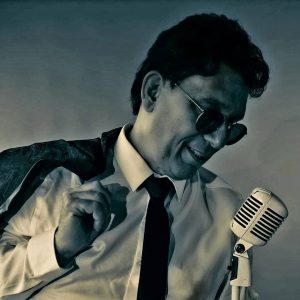 Electronic dance music is one of the most progressive and popular musical genres in the world right now. Seasoned musician and music producer Alexander Zarbo, also known as just Zarbo has established a brilliant soundscape presenting catchy electronic EDM compositions. He has also tried his hands on several other new genres that did not even exist at the beginning of his career. His finest songs, ‘Correction in Direction (Electro Remix)’ and ‘Get Up and Dance (Electro Remix)’ have acquired the number 1 spot in the Euro Indi Music Charts (EIMC) and the World Indie Music Charts (WIMC) for more than a week.

The Canada-based artist and producer was the founding member and the frontman of the Canadian power pop-rock trio Zarbo. The band was established in the 1980s and became quite popular all over the country. The multi-talented artist is now remastering and remixing the band’s 8-track LP named, ‘A-Z Collection’ originally released in 1985. The artist has given the original songs of the band a brilliant makeover with his extraordinary creative artistry. The songs are not only intended to bring the mass to the dancefloor but to offer them an amazing acoustic escape from all their worries in everyday life.

The established artist is currently working independently putting his full potential to the test. The aspiring bassist and music producer, has acquired more than 1 million streams on Spotify in just six months. He has also become quite popular on YouTube gaining more than 420K views within a short time. Zarbo has successfully established a serene ambiance with his finest soundtracks like ‘Runnaway (Remastered 2020)’, ‘Get Up And Dance (Dance Remix 1986)’, ‘Getting To The Point (Remastered 2020)’, ‘Correction In Direction’, and more. Listen to his dynamic collection on Spotify and YouTube. Follow him on Facebook, Twitter, and Instagram for more updates on his future works.

Listen to the songs of Zarbo, visit the given link: https://soundcloud.com/zarboofficial