Join the lyrical ballad with D30 KAYWHY as the rapper has come up with his latest single ‘Strikers’. He is an Ohio-based rapper offering a newer style in RnB. 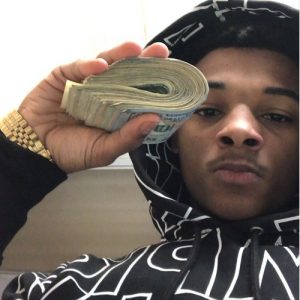 Recreating the authentic essence of RnB and hip hop music, D30 KAYWHY has come up with his latest lyrical banger. The track ‘Strikers’ is deftly produced and its musical arrangement provides the refreshment of the new-age musical wave. A soft dreamy soundscape is composed with the digital grooves of RnB which is well utilized by the rapper. He has a raspy vocal tone that meanders through the whole track and intrigues listeners with his strength during the bars. With a clock-time of fewer than two minutes, the banger might appear short but its musical and lyrical approach is capable of putting a deep impact on the listeners even after the track ends. There is a major hook present in the track that envelops all kinds of music lovers including hip hop enthusiasts.

Hailing from Canton in Ohio, this rapper is keeping his name out there with his talent, skills, and mesmerizing musical representations. Previously, he has released many singles like ‘Soul Empty’, ‘D.I.E (P.O.E.T REMIX)’, ‘OSN – The Message(What’s The Issue)’, etc many others which have impressed listeners with a newer and richer taste. The rapper is versatile and his lyrical clarity reflects through every kind of soundscape. Catchy wordplay and indulgent lyricism are some of his signature styles that merged with the soothing grooves of RnB which makes his tracks even more enjoyable.

The latest single ‘Strikers’ is paving its way all the way to the top of success while creating a huge buzz among the listeners. The track has released under the label of D30maide Records. The artist has released two mixtapes named ‘OSN K.Y – Pluto (Mixtape)’ and ‘OSN K.Y – Letter To The King (Mixtape)’ which garnered a lot of attention and portrayed the creative side of the artist. Follow D30 KAYWHY on SoundCloud to listen to his exquisite bangers.