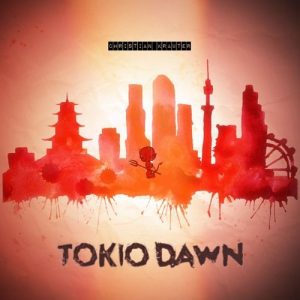 The scope of Electronic Dance Music now has a new name, upcoming DJ Christian Krauter who is uplifting the genre with his outstanding production capacity. He works across different subgenres of EDM including downtempo, dubstep, house, and future base establishing a sound that has never been heard before. His music is taking over the relevant industry by garnering a wide audience stream. He started with a rustic set-up back in 2017 and now, has surpassed all his struggles to accomplish the career of his dreams. The grooves and rhythmic patterns in his songs compel the audience to immerse into the soundscape instantly.

The DJ hails from Queensland and has been sending out his creative and production craftsmanship through the verses of the song, ‘One More Time’. The track comprises funky beats, bass, and synth paving the way for some of the best dance floor grooves out there. The other song that has gained significant notoriety is ‘Tokio Dawn’, a smooth drive into the scopes of electro and dub complete with bass undulations and synth arpeggios. It is a burst of experimental flavors that instigates one’s adrenalin within seconds. Some of his other songs that capture his musical essence include ‘contentious sound’, ‘Do You See’, ‘a scent of downtempo’, and ‘stentorian roar’ among many others.

The Queensland DJ has developed his production skills and reinvented himself as one of the most promising EDM acts to come out from Australia in recent times. Originally from the IT industry, he retained his fascination with music which finally led to a fulfilling career. He is setting new goals and creative standards for any upcoming artist willing to trade the path of EDM. If you want your playlist to get enriched by the best musical versions of modern EDM, follow Christian Krauter on Soundcloud, Facebook, Instagram, Twitter, YouTube, and his official website.

For more tracks of Christian Krauter, Please go through the below link :