Zach Zellers who goes by his stage name, Indiana artist DJ Zman is currently changing the contemporary scope of music with his invasive electronic productions. 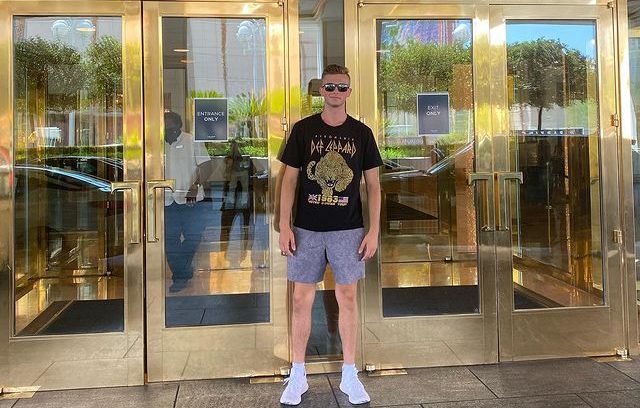 Music artist DJ Zman is presenting a soundscape comprising of the best elements of the electronic sub-genre with his invasive knowledge. The upcoming DJ and producer is creating a path for him and taking production streaming to a whole new level of accomplishment. His soundscape comprises some of the most energetic and motivating flavors of the genre allowing the audience to groove to the beats wholeheartedly. The artist chooses his rhythmic patterns very carefully as each song represents the best of his creations. The musician himself is very focused and sincere with his work and elevates its degree to being a performing art form in itself.

Indiana Artist DJ Zman is a self-made DJ and producer who initially started his journey at the tender age of 11 on limited resources, an iPad. Since then, he has grown and explored different areas of music leading to his comfort zone and expertise in electronics. EDM is one of the most popular sounds out there globally and he captures the zeal and essence of the current generation almost accurately through his samples and sets. Although he is still mastering his craft, he already has many hits to his name that engages the audience in an unending musical flow.

Some of DJ Zman’s songs include ‘Uphold’, ‘Z Mix Vol 4’, ‘Z Mix Vol 2’,  ‘Z Mix Vol 1’, and ‘Incorruptible (Remastered)’ among many others. He aims at reaching a global platform garnering accomplishments from his audience and fan base. His potential is eminent in his music as he performs all his pieces with utmost sincerity and discipline. The elements of contemporary styles pave the way for something beyond just a creative feat and allow him to grow in both his personal and professional life. Get mystified by this engaging musical streaming by following him on Spotify, YouTube, and Instagram, and Linkjar.

For more tracks of DJ Zman’s, Please go through the given link: https://soundcloud.com/djzmanzellers