Along with some compelling spells and a witty accent, the country singer Beau Nair is made songs that are extremely enjoyable in his debut album ‘Truth or Nair’. 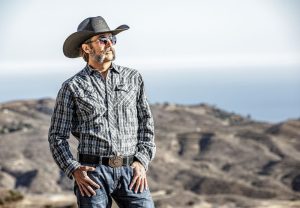 Skillful singer and songwriter Beau Nair is making his prominent style statement in this exponential world of music. His debut album ‘Truth or Nair’ has the witty accent that he delivers with ease and charm. The country tunes are extremely well organized along with his humorous narration. His voice has a unique tonal quality that complements each of his tracks very well. His first album was released with the Kung Fu candy recording company. And they also launched another musical comedy album ‘Beau Nair’s answering machine vol 1’, which is loaded with a witty conversation that he made enjoyable with his natural quirk.

He has started his career by releasing his album recently. His energetic actions are quite impressive and he not going to skip a beat to impress his audience with some engaging musical arrangements. His works are greatly inspired by Steve Martin, Frank Zappa, Allan Sherman, the Partridge Family, Rush, and Jim Reeves. After his second album, he is working on the music video of ‘Funk You’, a compelling number of this album. And he is also prepping for a series of music albums that will be available on major music streaming platforms. From his cowboy style to his humor-packed tracks, he is a treat to follow.

This album ‘Truth and Nair’ has introduced thirteen compelling tracks which were delivered with a fun and cool vibe of musical comedy. This album has songs like, ‘Funk you’, ‘We Ride’, ‘I’m So Hard’, ‘You Are What You Eat’, ‘Mustache Ride’, ‘The Devil’s Lettuce’, ‘Sweet Betty Lou’, ‘All Out Of Luck’, ‘Lovin’ Me’, ‘Back In 69’, ‘Women, Weed & Rock And Roll’, ‘Big Truck (Small Penis)’, ‘Funk You (instrumental extended jam). Beau Nair, the stallion has set off to conquer the musical world. Visit his website to know more. He is also available on SoundCloud, Facebook, Instagram, and YouTube.

Check out all tracks of this album on SoundCloud: