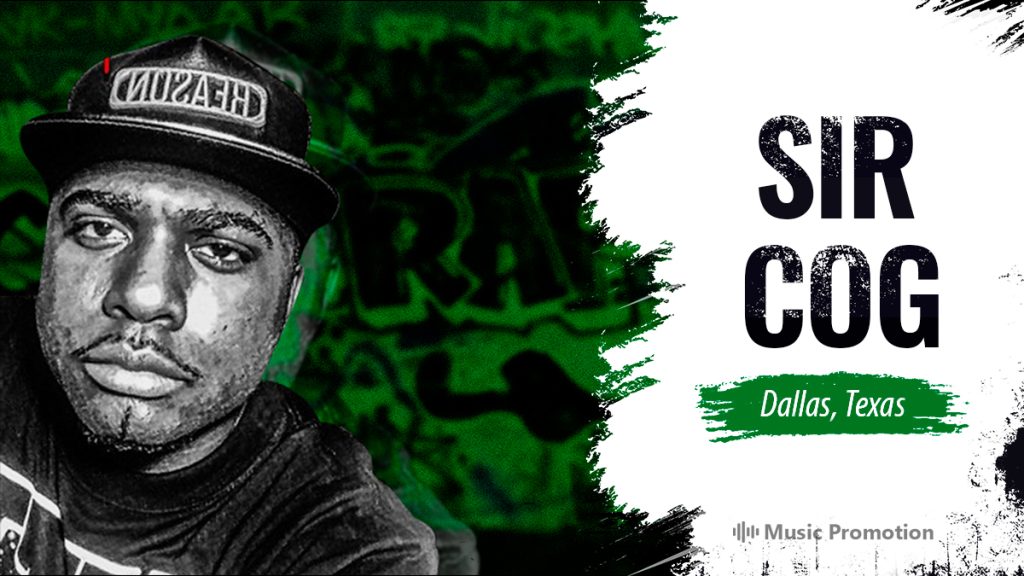 Undoubtedly, hip-hop music has already spread its magic all around the globe. Therefore, the ratio of hip-hop and rap music lover has been increased. During this peak time, the music enthusiasts are mostly enjoying some different beats delivered by SIR COG. This artist has always managed to keep his space in the music industry. However, he never disappoints his listeners as he keeps on inventing enthralling musicality. The side-chaining pattern in his track ‘Call You Out Freestyle‘ ensures its living mix and simple features that elevate the rap tune as well. This track will let you recall the 80’s memories as it relives the right rhythmic pattern that old-school hip-hop used to represent.

Indeed this New Successful Hip Hop Artist will keep entertaining the listeners with some clever productions that are chopping around the vocals. It further adds a narrative driving toward the track. His other track on SoundCloud ‘Vato Freestyle‘ presents another level of mixtape freestyle version. Those sassy little sound-bites won’t bore your mood as well. Moreover, the spot sound paints an effective yet contemporary picture. The vibrant rhythmic base along with sharp vocal delivery hiding beneath the sheen has overwhelmed the music lovers.

Anyone, who is a party-monger, will definitely recommend SIR COG for his out-of-the-box mixes. Well, he is also known for his achievements as he became the main artist of the newly found major music industry record label “TKR Embassy Media” – the future of arts & entertainment. His YouTube channel and Spotify profile are also receiving excellent traffic for some of the best tracks like – ‘Wit My pen’, ‘This Ain’t No Joke’, ‘They’re Dying’, and ‘They’re Dependin’ On Me’. Also, people can stay tuned to him on Deezer and tidal. Fans are now waiting for his next blast to come. This artist keeps updating his social media profiles like – Facebook and Instagram now and then. You can also stay connected to him to get some more insights about his future project.

Please visit here to listen to the songs of SIR COG: