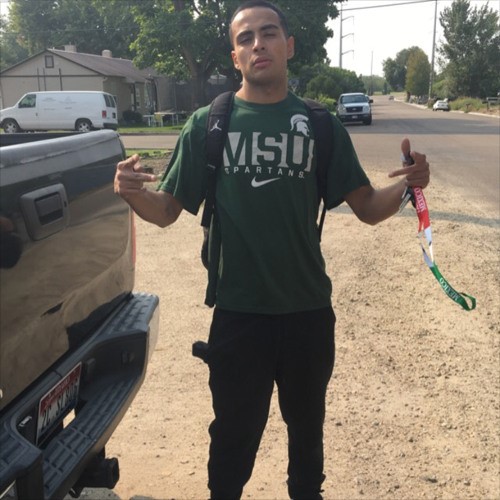 Artist GmO has always impressed his fans with his astoundingly brilliant craftsmanship. His latest song, ‘Fashion Killa Ft. King Chris’ has been released just a day back. It exhibits the artist’s brilliance in music and its dedication to the most expressive form of music, hip-hop. The song also witnesses his passion for music and his deep understanding of rap. The song is different from his previous releases. It is more on the darker side. His vocals, choice of rhetoric, and tuning all have merged to create a mood of suspense for the song. It is the sense of thrill that made the song so engaging. The low-tempo hip-hop track will definitely leave a mark in the hearts of the listeners.

The fusion of electronic and organic instruments creates a highly engaging soundscape. With a spellbinding musical euphoria in the background, GmO has given the best of creative genius to the song. The rhythm, tunes, and beats all have merged to make it a unique piece of a hip-hop song. The Middleton hip hop artist GmO is indeed exemplary and praiseworthy. His low-tempo and slow-paced voice is the craft differentiator. It has provided uniqueness to the overall piece. The more you listen to the song, the deeper you go into its spell. In almost every song he has composed, he tries to give something unique through it to the listeners. His songs ‘GANGSTER PARTY’ and ‘Say Your Name’ achieved fame only for his unique outlook on music.

The artist has always been praised and loved for his vocal. His voice turns out to be the key factor in every song he has ever composed. The voice resonates with the rap. The rap comprises poetic techniques and rhetoric. The subtle use of poetic techniques has given the track the strength for the rhetoric to play upon. This exhibits the supremacy of the rapper as a songwriter. So, play the song ‘Fashion Killa Ft. King Chris’ on SoundCloud. The artist has collaborated with another profound artist King Chris for the song. They both have breathed life into the song., and made it one of the best hip-hop tracks of all time.

To enjoy this latest song, simply visit the given below link: