The Pennsylvania hip-hop artist ZeNilism has launched yet another breath-taking single, “Simply Put” full of fluent rap and rhythmic beats 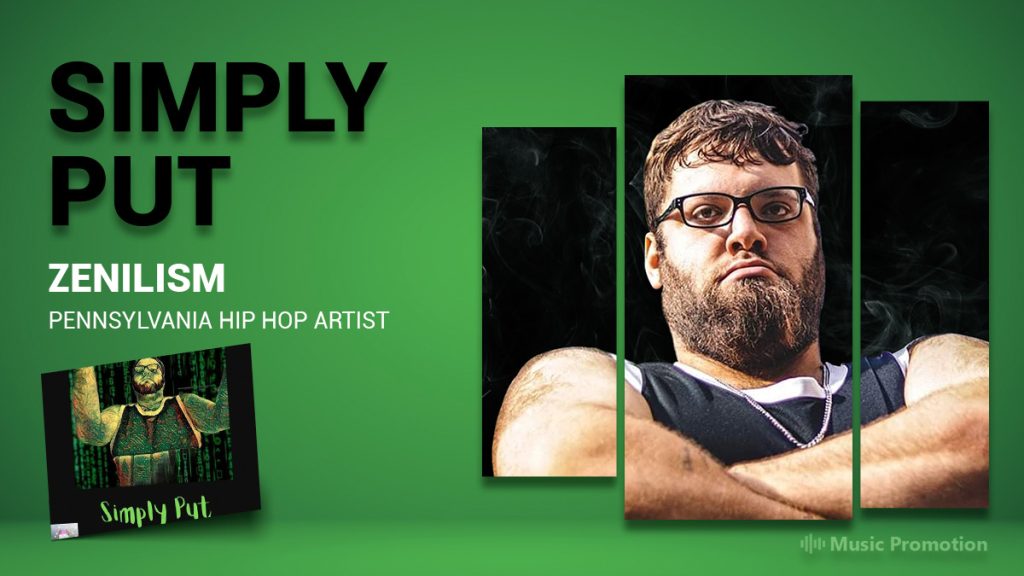 Artist of high caliber has a knack for entertaining the audience with their masterminded productions. Similarly, hip-hop music artist ZeNilism is providing a musical extravaganza with the new track titled “Simply Put.” The fluent rapping in the track shows off the artist’s expertise in his works. The exhilarating lyrics of the song can touch the hearts of the audience. The bass-boosted beats that follow in the background make it a production worth cherishing. The 21st-century musical scene of hip-hop and rap has been rocked by the artist’s new number. The artist has also engaged himself in making tracks based on the musical genres of acoustic & melodic rap with alternative rock on the cards too.

The Pennsylvania hip-hop artist has become a huge face in the SoundCloud music community. Having worked with some of the greatest producers such as Annodomination, Legion Beats, and Ryini, the artist has accumulated a lot of experience. Keeping the latest launch aside, other famous tracks from the artist include “Verbal Assault – Prod by Anno Domini,” “[Shogenite] [prod By Sedivi],” and “[Liquid chorus] [prod by Sedivi],” and the list continues. For the last two years, the artist has never failed to keep up with the expectations of his fan base.

Jeffrey Joseph Smulligan, popularly known for his moniker ZeNilism has ignited the passion among many upcoming musicians and artists. The artist has never taken any shortcuts in his entire journey of success and has vowed to fight and compete to stand as one of the greats the industry has ever witnessed. With an unmatched rhythm and faultless rapping in the new track “Simply Put,” the artist has also proved that he is a great composer too. Listen to the track now streaming via SoundCloud. For more information, follow the artist on Facebook, Instagram, YouTube, and Twitter.

Listen to This Song on Soundcloud : https://soundcloud.com/jeffsmulligan/simply-put-by-zenilism-prod-by-anno-domini