Ronney Crocs Leaves Fans in Shock with His Performance in The Song ‘Savage Ft. MB Jay’

Ronney Crocs, the Massachusetts Hiphop artist has elevated the stature of hip-hop music with his craftsmanship. The song ‘Savage Ft. MB Jay’ is going to be a massive hit 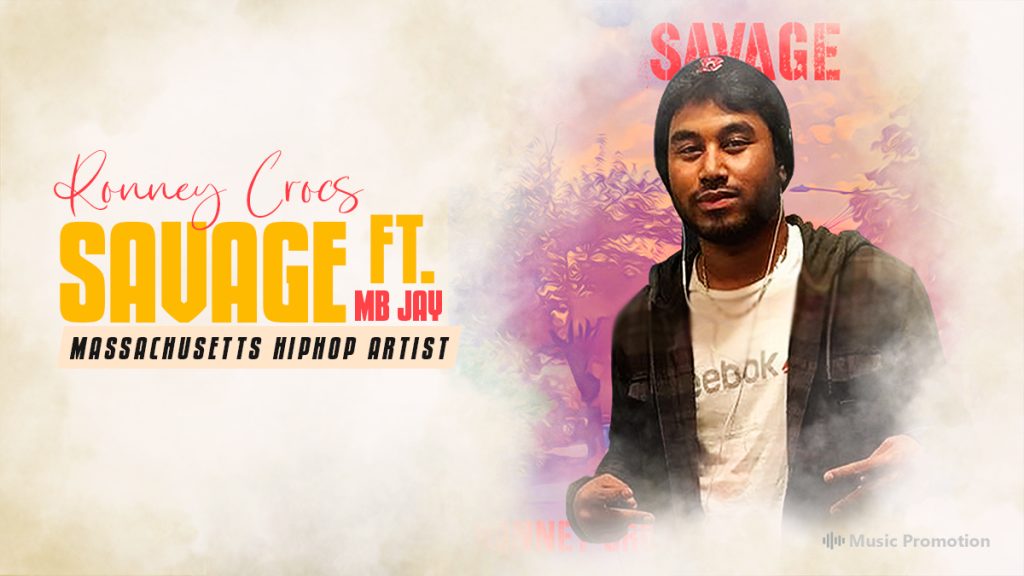 One of the most promising hip-hop artists, Ronney Crocs, has elevated the stature of hip-hop music with his craftsmanship. The artist has given his best performance in every song he has composed. His song, ‘Savage Ft. MB Jay’ is the latest addition to his contribution to hip-hop music. Ronney seems to have a deep understanding of the genre. Harnessing his skills and understanding of the genre, the artist creates a highly energetic track that can make the listeners his huge fans. The 2 minutes and 26 seconds song fills you with energy and emotion. His brilliance in music has come from his endeavor to change his life through music. Now it seems that he is successful in his endeavor as people start recognizing him as the most promising hip-hop artist.
The background soundscape is catchy and immersive. The use of contemporary electronic beats has taken the song to another level. Although he is a rapper, his voice and approach are different. His melodic rap will hit listeners’ minds differently. The more you listen to the song, the deeper you will be moved by his vocal enchantment. The Massachusetts Hiphop artist has left no stone unturned to make the song so musically enhanced and creatively brilliant.
The most significant aspect of the song is its rap. The rap has utilized poetic techniques and rhetoric quite adequately. His excellence in using techniques and rhetoric exhibits the supremacy of the artist as a songwriter. He possesses the caliber to become one of the front-runners of hip-hop music. Like all his songs, this one will also become a success. So, listen to the latest track ‘Savage Ft. MB Jay’ on Soundcloud. You can listen to his other songs too on the platform. To know more about Ronney Crocs, follow him on Facebook, Instagram, and Twitter.

Listen to this Song on Soundcloud : https://soundcloud.com/ronney-oconnor-1/savage