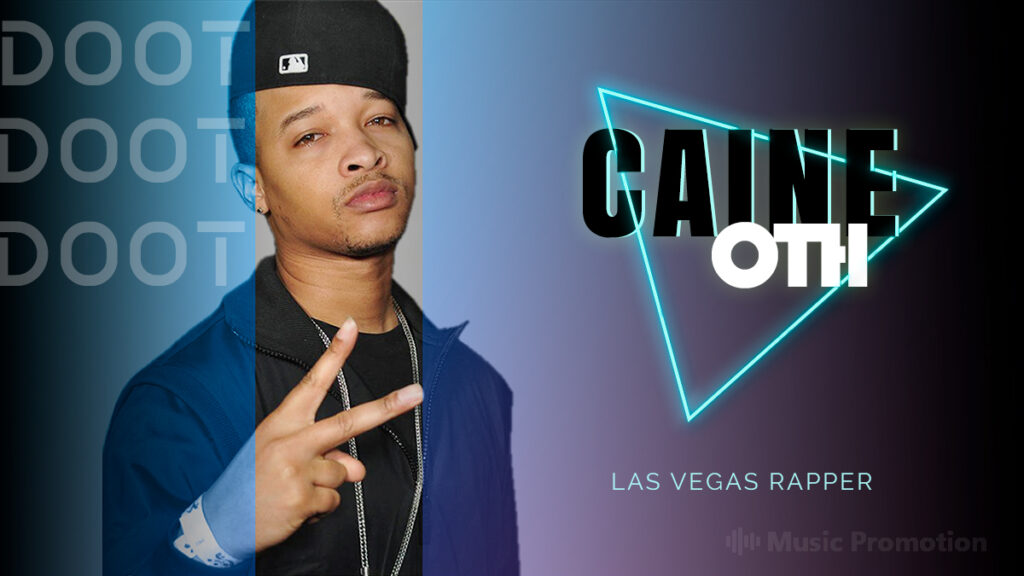 Hailing Las Vegas, Caine OTH has always offered songs that have some unique flavors along with gripping musical styles. Being a hip-hop rapping star his music is a go-to track of fire up the dancing floor. Starting from some widely enjoyable musical ventures he has been making most of his numbers based on the brilliant and diverse nature of hip-hop. He has just dropped a new track called ‘Doot Doot Doot’, and within a few hours of the release, the song was a hit. This track is a brilliant combination of flawless hip-hop diction and his rich attitude. Having explicit lyrics this song is winning the hearts of every young hip-hop enthusiast.

This charming Las Vegas rapper is working under The OTH Entertainment and his styles are extremely entertaining and levitating. And this song is a brilliantly concocted number that will surely make the people willing to dance along with the enticing beats of the song. His music is everything that music lovers and party monsters will love but at the same time, his music will also share a story with gravity. And the addictive nature of his music will ensure you will not move on from his craft rather you will find yourself playing several of his numbers on loop.

OTH has a Zen-like aura with his braided hair and eyes with gravity, just like his songs are not just dancing beats with catchy words. The meaning of his numbers will amaze you from the very core and will trigger you to fall for his craft each time you play it. Caine OTH is a brilliant music artist with a bright future ahead of him and his songs like ‘Diner’, ‘Sloth Vibes’, ‘Rage Intro’, ‘L.A. Poetry’, ‘Richest’, ‘1840’, and many others also will move you from the very core. You can listen to ‘Doot Doot Doot’ on various music-streaming platforms including YouTube, Spotify, and SoundCloud. And follow him on Facebook and Instagram.

Listen to This Song on Soundcloud : https://soundcloud.com/user-300627569/doot-doot-doot