Be a Member of The Massachusetts Hip Hop Artist Ronney Crocs; Musical Journey and Enjoy His Latest Release, ‘Money On My Mind’ 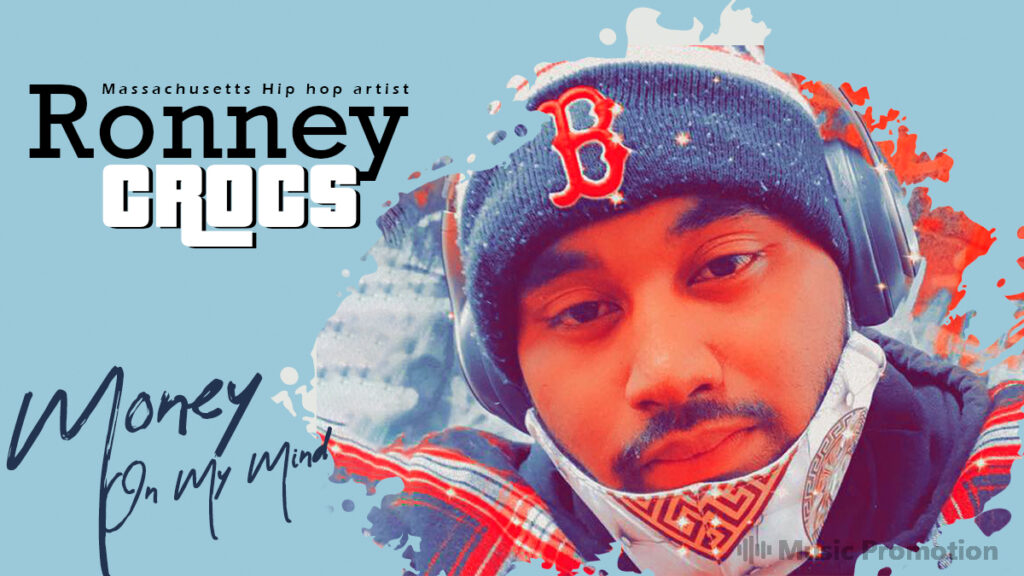 Hip-hop and the rap music genre is arguably the most popular musical genre in the world, loved by billions of people. This attracts a lot of new artists and has given many their stardom and popularity in the past. Seems like the newest addition is the Massachusetts Hip hop artist, Ronney Crocs. Justifying his status as a rising star, his latest release, ‘Money On My Mind’ helps him extend his audience and reach. It can become the most streamed track on his profile. The track’s upbeat music and expressive lyrics prove that the artist is made for success.

The most impressive thing about the track, ‘Money On My Mind’ is its composition and lyrics. The song opens up with a quirky sound that prepares the audience for the storm that the rest of the song is. The production of the track is commendable and proves the artist’s caliber of making bangers and keeping the listener hooked throughout. It presents an alluring ambiance for the audience that makes them listen to it again and again. The Massachusetts Hip hop artist is an independent artist that is standing proof of his versatility as he has solely managed to write, compose, mix and produce the entire record by himself.

Ronney Crocs has always been vocal about how much songwriting and expressing through the lyrics of tracks mean to him. It is a reflection of his inner feelings and emotions and the track, ‘Money On My Mind’ conveys the message of his hunger to become successful to the audience. On top of that, the voice oozes confidence that attracts the listeners even more.

Some previous songs of the Ronney Crocs deserve recognition and praise. These songs are, ‘Imma Stoner’, ‘At All’, ‘On God ft. MB Jay’, ‘Not So Bad’, etc. which are available on Soundcloud. For further details, follow him on Facebook, Twitter, and Instagram.