Set the bars high with the thoroughly cultivated hip-hop vibes of this Las Vegas rapper. The quirky vibes of Caine OTH in his track ‘Doot Doot Doot’ is charming. 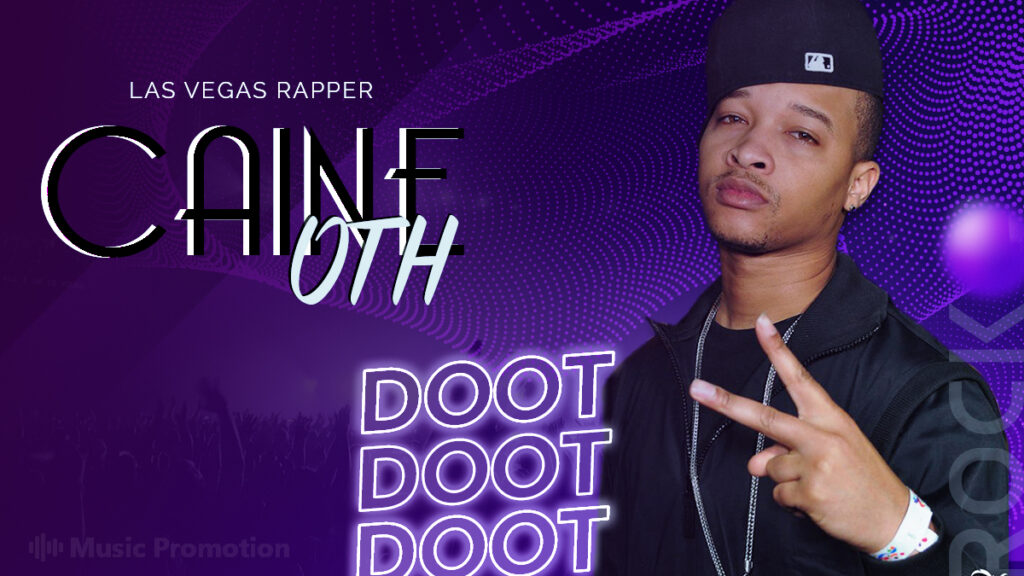 Enjoy the prolific vibes of this brilliant artist who has been acknowledged by everyone. The superlative musical audacity of the Caine OTH is winning hearts from around the world. From the loveable vibes to the distinguishing narratives of the song ‘Doot Doot Doot’ are extremely enjoyable. Whether you are at a weekend party or a pub this song can be enjoyed anywhere and everywhere. From the quirky vocal of the tracks to the catchy tunes, this song is a masterpiece. His previous numbers also have these witty vibes which will be enticing for any listeners. Being highly energetic with his numbers, Caine has always been particular with his tracks.

His musical graph shows a wide range of tracks some of them are collaborative numbers some are brilliantly concocted solo hip-hop tracks. This Las Vegas rapper is a prominent artist who has a lot to offer to this industry of music. He started his career with no particular mind maps, but his music, the zeal he has for music, and his dedication have taken him this long and an even longer path awaits him. The supremacy of his number has always been saturated with trigger points and relevant lyricisms. Curving his way with blood and sweat, his music has growing instincts and some nurturing natures also.

His musical catalog has various numbers and a large diversity scale. He has many collaborative works like ‘Dinner’, ‘Me n My Gun’, ‘Fingers’, ‘Talk to Me’, ‘Lah Di Dah’, and ‘Never Fold’. Apart from that Caine OTH has some impressive and thoroughly enjoyable solo tracks as well like ‘Rage Intro’, ‘L.A. Poetry’, ‘Richest’, ‘1840’, ‘Oreo’, ‘Sloth’, ‘No Hook’, and ‘Don’t’. Whether it is a collaborative work or a solo venture his voice and his musical compositions are extremely enjoyable for hip-hop enthusiasts. He will soon be back with more charming tracks, for now, you can groove to his ‘Doot Doot Doot’. Follow him on SoundCloud, YouTube, Facebook, and Instagram now.

To check out the songs of CAINE OTH, visit the given link: https://soundcloud.com/user-300627569/doot-doot-doot