If you love fantasy and magic, you will love the work of Weiqi Wang and his fantasy series starting with ‘Code of Rainbow: Soaring Flame and the Dragon-transcending Magimal’

The fans of magic and fantasy books have been praising the world of Weiqi Wang who has created his own magical world with the series of fantasy books. The book, ‘Code of Rainbow: Soaring Flame and the Dragon-transcending Magimal’ was released on December 19 in 2016, and is now available for purchase in amazon’s Kindle edition. The author is a scientist himself and exploiting his knowledge he has created an interesting plot that has both elements of science and magic in it. 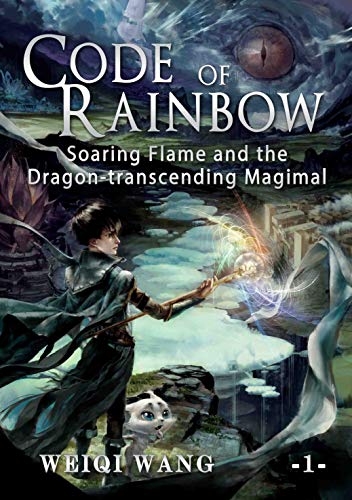 The story is focused on the protagonist of the book series, Soarame who lives in an ordinary world but is unconventional. He is the owner of special eyes which lets him see the magical elements in this world which are invisible to others. With this special power, he is able to reveal the truths of this world but at the same time, it puts him in danger. He is also friends with a dragon who has magical powers, just like other animals, which gives him the name “magimal”.

The story revolves around a normal teenager who ends up becoming something more. This helps the readers get to wander in a world which is similar to ours but has magic in it. The plot and the blend of science and fantasy make the readers captivated throughout. Visit his social media for more updates.

The book is available on Amazon: https://www.amazon.com/gp/product/B01MRZIQHG/