Pop music artist from Perth, O’Neill Fernandes is ready to win the listeners’ hearts again with his latest musical project ‘Heart Of My Heart’. The album has 20 tracks. 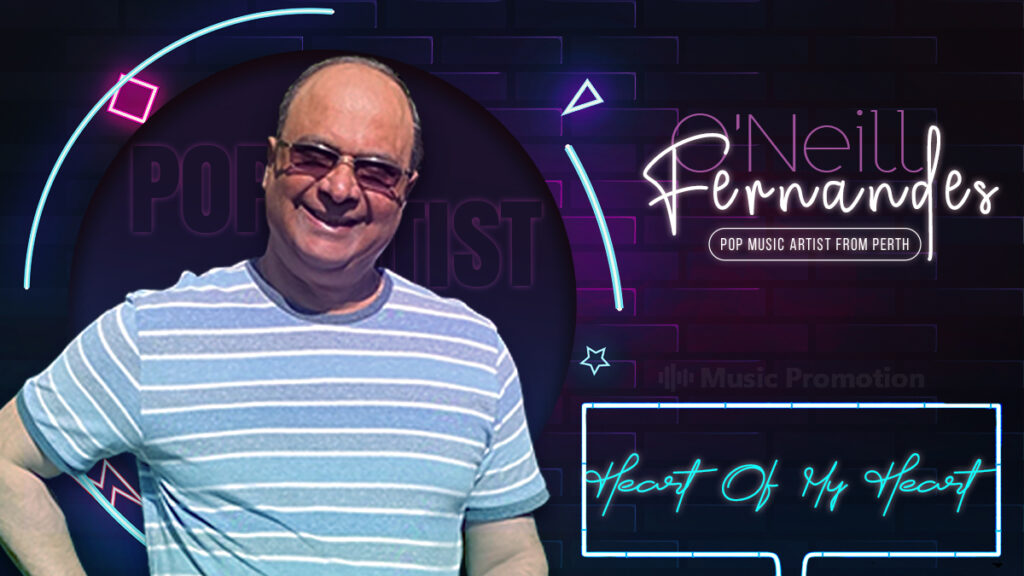 Brace up for a new musical journey as prolific music artist O’Neill Fernandes drops his latest album ‘Heart Of My Heart’. This is the 37th album by the artist which consists of a total of 20 chart-bursting tracks including the namesake title track ‘Heart Of My Heart’. Each of the tracks from the album is deftly produced and churns out a romantic essence through its musical arrangement. Creating a bridge between the past and the present, this album will offer listeners a collection of love ballads from 1961 to 2010. Masterfully crafted, the album offers a potent dose of nostalgia and romance that can captivate global listeners.

O’Neill has proved himself as a well-seasoned Pop music artist from Perth who possesses a lot of dynamic. He is quite influenced and inspired by the classics and now he is now on a mission to create instrumental renditions of these tracks and that reflects through his musical arsenal. Just like the track ‘Heart of My Heart’ was released by the Bellamy Brothers in 2010. Similarly, there is another track named ‘ Could You Be Loved’ was released back in 1980 by Jamaican reggae band Bob Marley and the Wailers in their last album titled ‘Uprising’. O’Neill has also covered the track ‘When You Say Nothing At All’ which was released by Ronan Keating in 1999 through his album ‘Notting Hill’.

There are many other tracks in the album such as ‘Something About The Way You Look Tonight’, ‘Love Changes Everything’, ‘True Love Will Come To You’, ‘Kissing In The Moonlight’, etc to name some. one of the most seasoned artists, O’Neill has carefully crafted these tracks by adding his sheer individuality while keeping the original flavor intact. This latest project is truly a gift to the listeners in this festive season. Follow O’Neill Fernandes on SoundCloud, Facebook, and YouTube to know more.

For more tracks of O’Neill Fernandes, Please go through the below link: