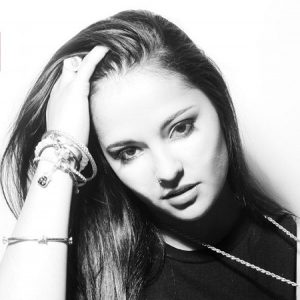 Mississauga, Jun 23, 2018 (worldfrontnews.com): If you are looking for some soulful and fresh R&B music just log onto Soundcloud and listen to Kiki Rowe. She has become a threat to the other songwriter and singer in Soundcloud. Some music’s biggest names, the Mississauga, Ontario native called her to be one of the most exciting new Canadian artists. From her childhood, she listened to a steady diet of pop, R&B, and Pop punk. She studied Classical piano at Toronto’s Royal Conservatory of Music. After completing her high school, she took a break to write some original songs in A Makeshift Home Studio. Her song ‘Promo’ has the soulful smoothness of any passionate R&B classic.

Kiki Rowe’s song ‘Promo’ has those flawless R&B vibes, smooth transition, satisfying production and supreme vocal performances. Her songs never bound the listeners to a particular mood but there is a variety in her song. This song ‘Promo’ presents a noticeable melody and also remarkable vocal performance. The use of lyrics, metaphors makes it beautiful and unpredictable poetics. Her music has honest intense, but the music is so smooth and melodious; the contrast makes it more powerful. Her song received great popularity in Soundcloud and other social networking sites. The structure of the song highlights all the quiet and the loud part with equal importance. This song is beautiful and has a refreshing topic to underline.

Kiki Rowe received a great feedback for her song ‘Promo’. She received many likes, plays, comments and repost in Soundcloud. The originality of this song is maintained and appropriately highlighted throughout. Her song is a joyous and emotional piece of music written in a poetic form and composed in such a way that sentiments touched upon lyrically. There is no down in her progress. To listen to such a melodious song you must follow her on Facebook, Twitter, Instagram and YouTube.

Check out to listen this song ‘Promo’ by Kiki Rowe: