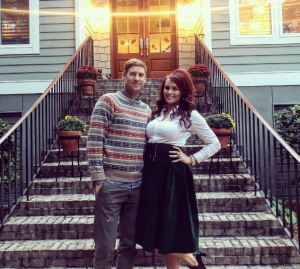 Last week on their trip to Colorado, Austen Kroll hooked his buddies on a weed-infused meal who was later confronted by a disappointed Kathryn Dennis.

Although fellow co-star Cameron Eubank stuck to her statement of not getting back to those cool mojo days that didn’t stop the rest from engaging in the gala weed affair.

The matter didn’t get down well with Kathryn Dennis Star of Southern Charm who claims to have lost her kids to marijuana addiction further landing her up in rehab.

In the after show, Austen gets offended and highlights the statement that Kathryn just wanted attention while the latter insisted that her feelings were very much real.

Fans are pondering over whose side to take, as a part of them feel it was insensitive of Austen to put Kathryn in that situation while the other part feels the whole thing to be a medium to attract spotlight on her nasty custody battle with Thomas Ravenel ho claimed her to be addicted to Marijuana and alcohol.

Kathryn is having a tough time balancing life as she needs to keep a check on her every move including people with whom she chooses to hang out with.