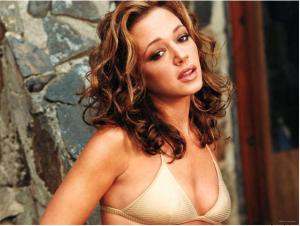 Leah Remini’s Scientology series is leading towards a conclusion after three consecutive seasons and it is planning to disclose some well-preserved secrets according to The New York Post report. Leah’s signature series Scientology and the Aftermath analyses the religious organization. Leah remains standing before a crowd comprising ex-Scientology members in the last two-hour episode. This season finale will be streaming on August 26th.

According to the report, Leah Remini will conclude final episode of her scientology series with Danny Masterson and allegations against him. Danny Masterson was a star actor in That 70’s Show. The accusers of Danny were harassed by the Church members.

Remini’s series finale will portray how the church denies admitting the accusations done surrounding the church. The church admonishes the victims from disclosing any information, according to the source.

Following Page Six, Leah’s production has been a super hit since 2016. It has bagged Emmy nominations even. In the last interviews, Leah declared that she never gave it a thought to make multiple seasons for her popular show. In the interview provided to The Post reporter on the last year, Remini revealed her main intention behind making of this series was to receive tax exemption from the federal government of the United States. Moreover, Leah said that this show has been emotionally exhausting.

Snatching their tax deduction would eradicate their funding and resources for the harassment of their supposed victims. Churches and other religious institutions are tax-free regarding their played parts on the community. In the opinion of Remini, the Church of Scientology brings more harm than any help.

Remini is optimistic to continue her combat against the church in the future.