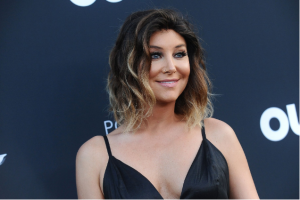 Shortly after she let go off her show, Vanderpump Rules Billie Lee wants to focus on her activism in the Trans community. It seems she is no mood to deal with negativity and has decided to breathe in positive air.

Billie recently took to social media to announce that she wants to baby.

The LGBTQIA activist received enough visibility on the release of two installments of the popular series but currently, the show is n mood to solely focus on her mental health and activism. Also, her popularity on VPR has made the star super busy and booked for future prospects.

Post-release, lee started facing bullying and headed to quit the show. She was not seen making appearances in many stories during the last season of the show and found herself locking up to dark thoughts.

Billie was stated saying that the high amount of bullying on and off show became too much to handle and dragged her to all sorts of negative and suicidal thoughts. She found herself battling with depression and her deep dark insecurities came to the surface. Since childhood mainly during high school and college, the LGBTQIA activist faced a lot of bullying and somehow managed to get over it. After years, she felt trapped in the same mental space and started fantasizing about taking her life.

Being a fighter, she owned up to her problems and took to social media to show her gratitude and love to all her loved ones who had been her pillar of strength all this while. Lee further went on to write that currently she is over and above all the negativities and is ready to take the big decision of her life.

A few days back on the VPR reunion show, the star expressed her desire to adopt a baby after getting a promotion at SUR, but things worked out differently and landed her with quitting the show instead. But this didn’t stop her from changing her prior decision. With all the money she earned from the show and also from her social media promos, she could well afford to adopt her baby.

A big congrats to Billie Lee for her decision and the way she calmly and firmly handled the situation.