Mike Soulsa, the New Hiphop Sensation on the Block will Make You Swagger with his New Song 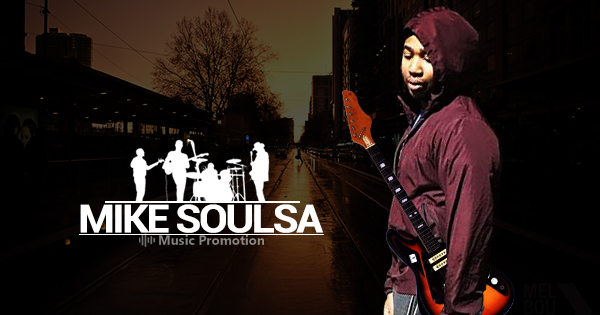 Mike Soulsa is a male young singer in the genre of hip hop music. He hails from the beautiful place called California from where he started his pursuit as a singer. His music is creating a buzz among the new generation of listeners. He is getting rave reviews from critics for his music. He has dished out quite a few hip hop songs with elements of fusion and funk in it. He is not only a producer but he is also into productions. He has his own production house called ‘Mad Music +’. The singer believes that he is an upcoming hip hop artist from California. According to him, his music sets the example for versatility. As per the latest events, he will be performing for a music video by Nallat. You can get in touch with the singer through Facebook and Instagram. You could also plug into Soundcloud and Youtube to listen to his music.

California Upcoming Hiphop Artist Mike Soulsa has dished out two amazing songs in ‘Nallat (Clean) (Prod. Too Raw & Mike Soulsa)‘ and ‘Jello (Clean)‘. The songs have an insane rap flow right from the outset. The songs are full of high energy vibes in the backdrop of heavy electronic. There is an element of fusion in the song which has been impressively crafted. There is a touch of soft funk to the song which instills in the confidence to swagger in a carefree manner.

In the songs ‘Jello (Clean)‘ and ‘Nallat (Clean) (Prod. Too Raw & Mike Soulsa)‘ by Mike Soulsa, there is an upbeat bounce in the song which has been incredibly done. The jazz cafe like bounce uplifts the mood of the listeners. It makes the song dynamic and quite enchanting. The composition of the song and the songwriting is brilliant. The performance in the song is quite stunning and it engages the audience notably. Overall, the songs are profoundly addictive.

To listen the songs of Mike Soulsa visit the given link :  https://soundcloud.com/mike-soulsa