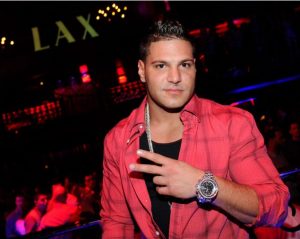 As per reports published by Page Six, Ronnie Ortiz-Magro from Jersey Show fame is currently pulling his straps to work on the next steps following his rehabilitation stint. A small preview clip from the Jersey Shore Family Vacation showcases Ronnie Ortiz-Magro getting real and honest about his one-month long experience in rehab to battle depression and alcohol abuse.

In the clip, Ronnie Ortiz-Magro from Jersey Shore dishes out to his friends Paul DelVecchio and Vinny Guadagnino with a confession that the 30-day treatment scheme was extremely important in the backdrop of what was going on in his life. The Jersey Show star has a year old daughter with on-off girlfriend Jen Harley.

Ronnie also added that he is earnestly thankful to his friends from the show who have been his constant support during both his highs and lows. He also said that from this time onwards, his decision-making capabilities will consider not just the betterment of himself but also his daughter and family.

In an interview with Page Six, Ronnie Ortiz-Magro said that now is the time for him to restore his loving relationship and romance with on-off beau Jen Harley which went through severe emotional breakdowns as a result of several domestic argument reports and alleged battery felonies. These problems led to regular fights between them that he hails as one of the major reasons that triggered him to look for ways to change his perspective and behavior.

A report by People Magazine in an October 2018 issue revealed that the relationship and compatibility between Ronnie Ortiz-Magro and his partner Jen Harley were not in its best form at that time and was bordering turbulence. Around that phase, Jen and Ronnie’s daughter Ariana was just about 6-months of age and the problems between them created a stressful environment at home which went on to become uglier each passing day.

In one of his social media video clips which were later taken down, Ronnie Ortiz-Magro accused Jen of being ignorant about their 1-year-old daughter and picking partying over taking care of her. There have been other videos that showed fights and quarrels between the couple. However, everything became quite serious when Ronnie posted a selfie shot of himself with a bruised faced and a darkened eye.

Ronnie Ortiz-Magro later said that Jen has been lying all this time regarding the physical abuses that she previously said she went through just to protect herself and stay in the shield of her friends. However, sometime later, Jen got back at him against the accusation of abuse post with a screenshot that appeared to be text conversation between the two where Jen makes fun of Ronnie’s black eye and very casually threw at him that all this is just a stint to get her back.

The Jersey Shore reality stars are quite known for making bad decisions. Ronnie is not the only star in trouble right now. Mike ‘The Situation’ Sorrentino was behind the bars for about six months because of a tax evasion episode.